Willow Smith and Michael Cera Made a Song

It’s Weird. But Not Good-Weird. 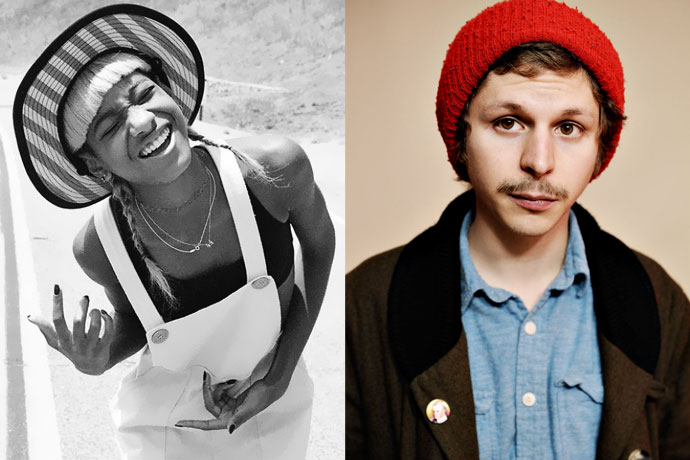 Hey, it turns out boyish actor Michael Cera produced a song by Jada-Will product Willow Smith. Weird. Anyway, it’s called “Twentyfortyeight 2.0” and we couldn’t not listen just to analyze the hell out of it. And lo and behold, it gets weirder.

Age you figured Michael Cera was: 15.

Your feelings that Willow’s new song would be a cruddy earworm because you’re still haunted by “Whip My Hair”: High.

Your feelings that production by a quirky little man from Superbad could alleviate some of the crappiness: Moderate.

Your age when you last appreciated anything resembling the lullaby-like piano intro: This many (as you awkwardly hold up three fingers).

Resemblance to one of those spacey speak-songs that Mazzy Star usually puts on albums that you sometimes skip because you’re trying to mellow out: Close-ish.

First word of the song: Um.

Most repeated word in the song: Um.

Amount of time you’ll listen before wondering what the hell is in the water at the Pinkett-Smith house: Roughly 20 seconds.

Word that best demonstrates how homeschooling is paying off for Willow: Nebulous.

General theme of the song: Society is bullshit.

Who said it better: The Clash, Rage Against the Machine and practically everybody else.

Your sense of relief that it isn’t longer: Extreme.

Odds that anyone would care about this without Cera’s and Smith’s involvement: Negative 13.

Your anticipation for “Twentyfortyeight 3.0”: Nonexistent.