Well, Well. If It Isn’t Bob Dylan Being All Romantic.

No Wonder He’s on Our UD5 List This Week 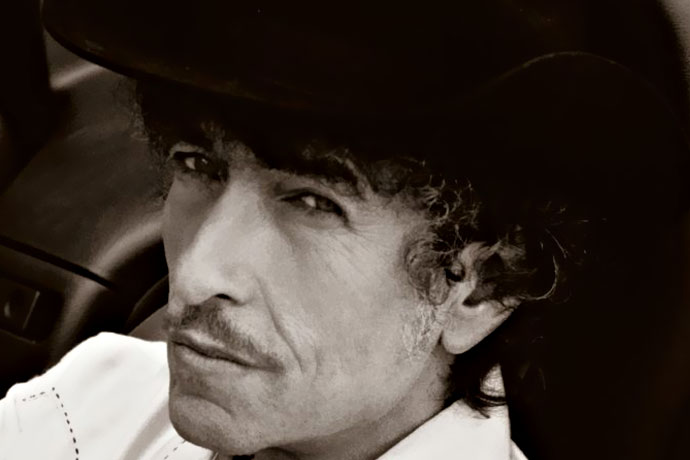 Fallen Angels
“The first track on Bob Dylan’s album Fallen Angels, out Friday and streaming on NPR now, begins: ‘Fairytales can come true, it can happen to you.’ Yes, yes they can, because I’ve been waiting my entire life for Bob Dylan to croon an entire album’s worth of jazzy love songs in my ear, from ‘It Had to Be You’ to ‘Come Rain or Come Shine.’ (To be fair, he started this serenade last year with Shadows in the Night.) I’ll always favor the scruffy, discontented Bob of the ’60s and ’70s, but there’s something pretty damn adorable about a singer who finally, at age 74, realizes he’s got a playful, romantic side. And his playful, romantic side likes ‘polka dots and moonbeams.’ Swoon.” —Leah Butterfield

Beautiful Stories from Anonymous People
“Cult comedian Chris Gethard has a podcast now. He takes phone calls from people all over the country. The rules are: Chris has to stay on the phone for an hour. At exactly 60 minutes, the call cuts out. But the caller can hang up whenever they want. And they can talk about anything. It’s incredible how quickly people start unloading their thoughts and insecurities. People talk about their awful marriages, their alcoholic fathers... One guy was just sitting at his job talking about how much he hated it. If you’ve ever wondered what other people are thinking, this is for you.” —Nathan Wahl

O.J.: Made in America
“I, for one, could not get enough of FX’s O.J. Simpson series. Perhaps it’s because it brought back a lot of nostalgia of my ’90s childhood, along with some rose-tinged context that was somewhat lost on my 10-year-old self during the all-consuming hoopla. (Not to mention some well-deserved vindication for Marcia Clark.) Seriously, I could go on and on about how the Trial of the Century shaped my (and the micro-generation within a few years of my age’s) outlook on media consumption, reality television, celebrity culture, race, the Kardashians, life... Anyway, that’s all to say that I’m definitely looking forward to ESPN’s about-faced look from a grittier, sport-centric side, even though it inevitably will lead into the same narrative. Early screenings crushed it at Sundance this year, and it will get an extremely limited theatrical release this weekend (presumably to make it eligible for the Oscars et al) before hitting the airwaves in a few weeks on ABC and ESPN, pieced together in all of its seven-hour glory. I’m sure I’ll still be left wanting more.” —Najib Benouar

MashUp: The Birth of Modern Culture
“I enjoyed a four-story exhibit at Vancouver Art Gallery this week called MashUp: The Birth of Modern Culture. It made a sound argument that the major movement of the last 100 years has more to do with greater trends in appropriation and blending than stand-alone schools of art like Dada or Pop. It began on Picasso and Braque, examined the work of Duchamp, Hannah Hoch, Warhol, Jean-Luc Godard and Cindy Sherman, among many others, and brought it home with contemporary examples like DJ Shadow and Tarantino. Interesting perspectives on influence, inspiration, mixed media and what some might call outright stealing.” —Hadley Tomicki

Mr. Robot
“I just caught up with season 1, and the trailer for the new season just surfaced online. If you haven’t caught this—most likely because it’s on USA Network, and who the hell watches USA Network?—it’s time to check it out. It stars future style icon Rami Malek (who was far and away the best part of the World War II miniseries The Pacific a few years back) as a vigilante hacker who gets drawn into prompting a world economic revolution. It manages to make being on a server farm a source of excitement, so that’s an indicator of how well-executed the show is.” —Geoff Rynex