Giving Deadpool Another Chance and Other Noble Pursuits

Our Editors Tell You What They’re into at the Moment 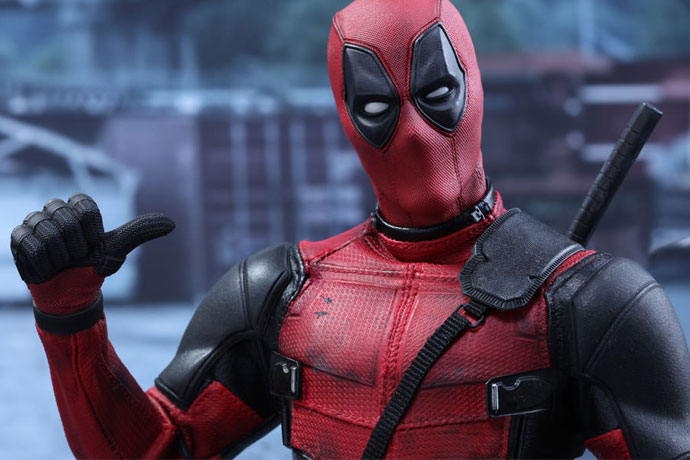 Deadpool on Demand
“Deadpool becomes available on demand this week (Blu-ray, too, if that’s still your thing), and I... should probably give it a second chance because I saw it in theaters and really, really didn’t like it. Well, I mostly just didn’t get what all the hype was about. Even critics liked it. Was it the terribly canned jokes? The hokey violence? The tone of Ryan Reynolds’s incessant voice? Hard to say, but I couldn’t handle it. I actually fell asleep about halfway through, and I never, ever fall asleep in theaters. Maybe the second half was amazing? So I’m going to watch it again to see once and for all who’s wrong here—me or everyone else.” —Kevin Gray

“Golden Days” by Whitney
“I don’t care that it’s May, or that it’s still kind of cold, or even that this song came out in March. I’ve already decided it’s the Song of Summer. You can try to dissuade me, ply me with Bieber or Drake or whoever—I won’t hear it. Mostly because I’ll be listening to this breezy, feel-good ditty on repeat while driving my convertible (I don’t own a convertible) down the California coast (I live in Chicago). But also because 1) it’s got a catchy-as-hell, ‘na-na-na-na-na-na’ hook; 2) Whitney’s first full-length album (this was the second single) is coming out on June 3; and 3) it’s called ‘Golden Days.’ I rest my case nobody asked to hear.” —Sam Eichner

The Colour in Anything by James Blake
“This week, I was too preoccupied with binge-listening to A Moon Shaped Pool to lend my ears to anything else. This weekend, though, I’ll be checking out the third LP by my favorite sort-of ambient, sort-of R&B, sort-of lo-fi British producer, James Blake. With guest appearances by the likes of Frank Ocean and Bon Iver’s Justin Vernon, and Blake’s comfortably consistent sound, it’s probably going to be... damn similar to his last album. And hopefully just as good. Which works for me just fine.” —Ilana Dadras

The Trailer for 30 Years of Garbage
“I don’t know when this movie is coming out (summer? 2016?). Or how I’ll be able to actually see it (independent movie theater? Bootleg VHS sold on the corner of 31st Street?). But this trailer told me two things. 1) The world is ready for a documentary about the making of the Garbage Pail Kids. And 2) I need to call my mom and ask her what she did with my Series 1 mint-condition Heavin’ Steven card. Twenty-eight years ago.” —Adam Weinberg

Kerry James Marshall at the MCA in Chicago
“I was familiar with some of painter Kerry James Marshall’s work—bright, energetic, bold—but certainly not all of it. So Mastry, a major survey of his work now at the Museum of Contemporary Art in Chicago, takes care of that for me—and it’s definitely on my list of what to tell visitors to Chicago to check out this summer. It travels to the Met in New York in the fall and to the Museum of Contemporary Art in Los Angeles after that, but it’s a show you don’t want to wait to see.” —Chris LaMorte