How Will Radiohead Release Their New Album?

We Conjecture About the Many Possible Formats 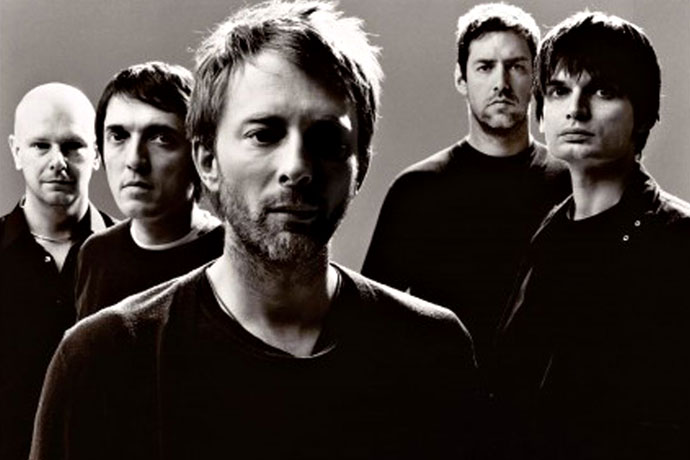 They have everyone in a tizzy. First they removed their Internet presence entirely. Then they sent out postcards to fans that said, “We know where you live.” Then they casually released a creepy clay-animation video... All we want to know is, “Where’s the new album?”

Well, after one Colin Jones tweeted, “Radiohead’s latest album to be released exclusively on the feeling of existential dread that resides within us all,” we got to thinking... How will Radiohead release their new album? A call to which our intrepid editors answered:

—Guy in a car with a bullhorn in select urban centers.

—Through the voices of a local children’s choir in Des Moines, Iowa. It will expire gradually when each child hits puberty, never to be heard again.

—It will be Radiohead’s new album, just performed in its entirety by U2.

—As a Hallmark card that plays when you open it.

—One copy given to Martin Shkreli with a decree that, for us to listen to it, we have to kill him.

—As a hologram of a vinyl record. But no one can play it because it’s, you know, a hologram.

—Thom Yorke will whisper it into the ear of an otherwise indifferent baby.

—Released as a George Saunders short story that only becomes purchasable once you sign up for his creative writing class. Then you have to write your own short story about the experience of doing that.

—Sent to Mars to be retrieved by the first SpaceX mission.

—As your ex’s ringback tone.

—A cassette that will self-destruct upon completion.

—You can only hear it underwater.

—Performed exclusively around the world by cover bands consisting of Yorkshire terriers under the name “Thom Yorke’s Yorkies.” And they’re not bad.

—As a song selection at karaoke bars.

—Preloaded on the hard drive of a Gateway computer from 1997.

—They say, “We already did,” before evaporating into the ether.

—It’s actually season 3 of Serial. One song released each week with commentary by Sarah Koenig.