A Sexy New Lounge with Lingerie-Clad Dancers and Japanese Whiskey 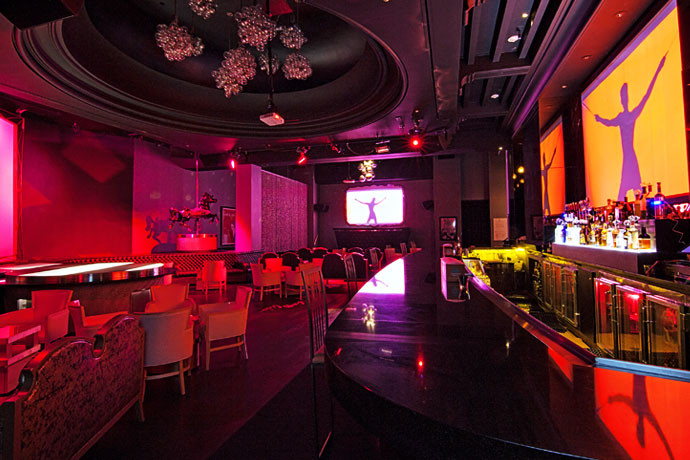 Bigger news on that same, highly specific front: they’ve brought this whole thing with them...

“This whole thing” being Crazy Girls Cabaret—a French-boudoir-themed lounge that pays homage to the revue of the same name, open now at Planet Hollywood.

Now, here are a few things you should know...

This slideshow is NSFW.
Unless nude gold statuettes are SFW. In which case, it’s SFW.

The Crazy Girls themselves won’t actually perform here.
Though their props and life-size photos are scattered throughout the place. If you’re lucky, you might also catch them hanging around after one of the shows.

It’s home to the largest shadow-dancing screen in Vegas.
You’re not totally sure why that’s relevant. You just know that it is.

You’ll probably be drinking from a smartphone-programmable LED bottle of vodka.
That, or just drinking some Japanese whiskey. It’s much less tech-savvy, but equally delicious.