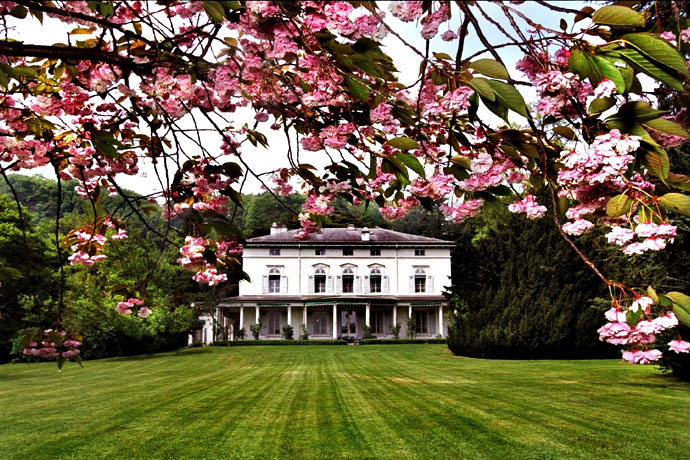 In 1975, Queen Elizabeth II knighted him Commander of the British Empire.

And in 2016, his highest accolade yet: the appropriately named Chaplin’s World opened in Switzerland. See the slideshow.

To be fair, Manoir de Ban would be museum-worthy even if Chaplin hadn’t sold his Beverly Hills home, renovated the neoclassical-style 19th-century estate that overlooks Lake Geneva and lived in it for 25 years. But he did. So there’s a serious amount of brilliance to be absorbed here.

And it’ll even happen when dining at the on-site restaurant, the Tramp. (Here’s the charcuterie, here’s the Campari...)

Then stop by the boutique to pick up a cane and a hat before heading to your hotel, which should probably be the nearby Modern Times. You’re right, that is the name of Chaplin’s 1936 film.

It made more sense than Tillie’s Punctured Romance.