... And Other Things We’re Seriously Contemplating at the Moment 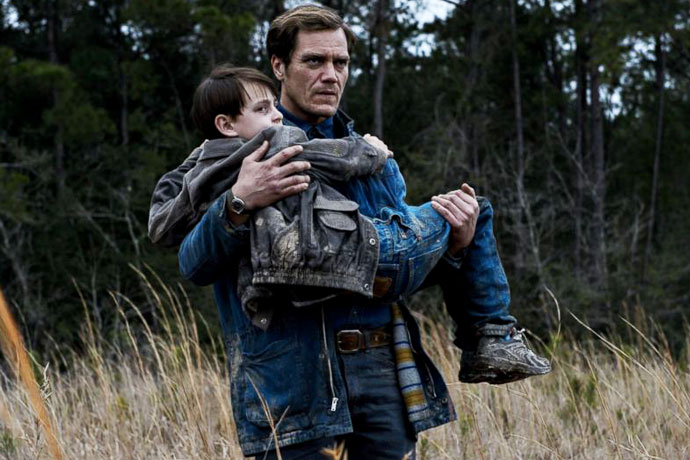 Edward Sharpe and the Magnetic Zeros: PersonA
“Edward Sharpe and the Magnetic Zeros release their new album Friday, and I’ve missed them enough to excuse the album’s vanity capitalization. Up from Below coincided with my freshman year of college, and when I hear snippets of it today I reflexively wonder if it’s really worth going to that freshman orientation scavenger hunt and whether or not I’ve lost the key to my dorm room. However, I forgot about them from the end of sophomore year until right about now. But I’ve listened to PersonA’s first single, ‘No Love Like Yours,’ on Spotify, and I’m happy to see they haven’t changed. The meandering vocals, twinkling piano keys and rhythms that joyfully crash into each other are all there. As for my own circa-2009 incarnation... I’m okay with him being gone. Sorry, Eric.” —Eric Twardzik

Midnight Special
“In 2011, there was Take Shelter, Jeff Nichols’s arid beauty of a film about a rural Ohio father who just wants to provide for his family... in case of apocalypse. The following year was Mud, which worked a melancholy coming-of-age tale from the concept of Matthew McConaughey living in a tree. And now, finally, another must-see from Nichols, involving a kid who has blue light coming out of his eyes for some reason? Well, as a society, we didn’t know we needed a movie about a tree-bound McConaughey, either.” —Lonny Pugh

The Lumineers: Cleopatra
“I always feel like I have to apologize for liking the Lumineers. But I won’t. I was waiting for this album. And I like it. Cleopatra is slower than their self-titled debut, more intimate. It sounds like it’s just a guy playing guitar in his living room. And that’s my bag. My idea of a good time is blasting Jeff Buckley and staring at the ceiling. And I intend to stare down immense swaths of ceiling to this album.” —Nathan Wahl

Silicon Valley Season 3
“For a well-made show on a prestige network, watching Silicon Valley still feels like a guilty pleasure. Maybe it’s because I feel like I’m watching reality television—I’m convinced all of this shit really does happen exactly the same way in IRL Silicon Valley. And Mike Judge couldn’t have assembled a better dream team of nerd underdogs you’ll always root for while laughing with/at. But just as good are the tech-douches you root against, while reveling in their ridiculousness (Russ Hanneman is the king). Anyway, the third season premiere is fast approaching, next weekend, and if you aren’t up to speed, I highly recommend catching up on the last two seasons in the next week and a half. If only you could stream it using Pied Piper’s lossless compression algorithm.” —Najib Benouar

The Monocle Travel Guide Series: Paris
“I always feel more sophisticated when I pick up a copy of Monocle, with its erudite, far-flung, tiny-fonted global insights. So, of course, I’m a sucker for its spin-off series of travel guides. I just got an early look at the soon-to-be-released Paris version (as well as the Singapore and Vienna, due out later this month). While I can probably get the etiquette tips, hot new restaurant chatter and boutique rundown anywhere, it’s the essays from Monocle journalists and assorted authors that make these guides come to life—and have me putting airfare alerts all over my Kayak account.” —Chris LaMorte