The Five Things We’re Into This Weekend

We Call It the UD Five 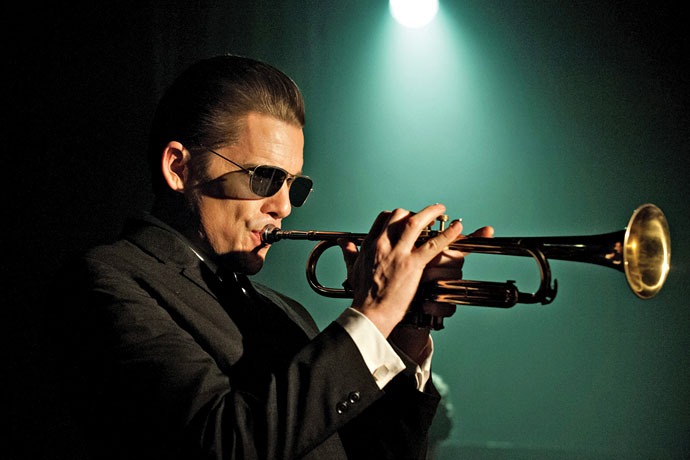 Five things that UrbanDaddy editors are getting into this weekend.

Battle of the Biopics
“This weekend, the giant cinematic showdown I’ve been waiting for finally arrives: Ethan Hawke as Chet Baker in Born to Be Blue vs. Tom Hiddleston as Hank Williams in I Saw the Light. Yes, it’s the battle of the mid-century musical biopics, both opening wide this weekend. Though I haven’t decided which one I’ll see yet, it’s good to know neither will be wearing tights—unless there are some interesting revelations to come.” —Chris LaMorte

Prodigals by Greg Jackson
“I usually read short stories sporadically, one or two at a time until I’ve finished the collection, but I’ve been tearing through Jackson’s debut uninterrupted for the last week. I first encountered his work in The New Yorker (as one does), where he published the first story of this collection, ‘Wagner in the Desert.’ It’s a playfully philosophical tale about a group of thirtysomethings who go on a weeklong bender in Palm Springs, at turns funny and unsentimentally deep, written by someone with the sort of preternatural sentence-to-sentence talent that makes aspiring story-spinners want to scrunch their work-in-progress into a ball and light the thing on fire. The ones I’ve read following ‘Wagner’ mostly deal in this same sort of educated upper-middle-class ennui, but do so more with generosity than the ironic remove you might expect; Jackson seems as lovingly curious about his characters—a retired tennis pro; a Hollywood producer’s wife; a religion-spurning painter, among others—as you will be, and it shows. I’d liken his writing to Lorrie Moore, if Lorrie Moore’s characters did more drugs.” —Sam Eichner

“Stars” by Djustin
“Johan Angergård—the prolific musician with a portfolio of bands like Acid House Kings, Club 8 and the Legends—is the epitome of icy-cool Swedish pop. But suddenly he’s gone transatlantic. His Stockholm-based label, Labrador Records, just released another side project, Djustin, a collaboration with Michigan’s Rose Suau, whom he met over email. Their first song, ‘Stars,’ features her singing her own lyrics over Angergård’s anxious synth. Musically, it’s still pretty much in territory he’s explored with Club 8, but it’s still a pretty good territory to find yourself in.” —Chris LaMorte

Flaked
“My wife runs one of Abbot Kinney’s longest-surviving stores, even though we were priced out of Venice years ago. So I was interested in seeing how Netflix’s Flaked captures the neighborhood’s shifting face and diverse residents. And while I’m only three episodes in, I’m not sold on this show at all (the misfortunes of an aging white guy who spends his life making noncommittal love to perfect-breasted millennials has already been done to death in Californication). But I do give the production props for the way it captures California’s beautiful, dying evening light and for the music, including a Stephen Malkmus score, which is always a nice surprise.” —Hadley Tomicki

Everybody Wants Some
“Richard Linklater is my favorite director, bar none. The guy made Boyhood, Bernie and School of Rock. Who else is that versatile? Next week, the ‘spiritual sequel’ to his ’70s high school classic, Dazed and Confused, comes out. I’ll be going to the first showing. That’s really all I’ve got to say." —Geoff Rynex