Keanu Reeves Made an Art Book

Appraising the Latest Celebrity Side Project 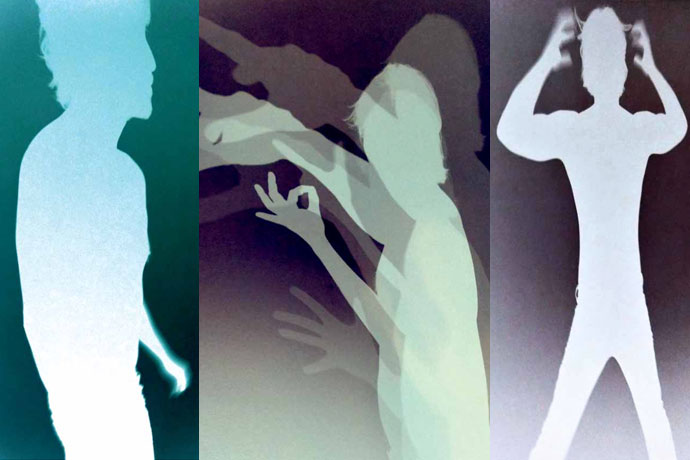 Singers want to act. Actors want to direct. Ex-presidents want to spend retirement producing mediocre likenesses of pets and foreign leaders just because. It’s the natural order of celebrity fame. Since these guys never think twice about unloading their artistic visions on you, here’s our semi-regular report card summing up the relative merits and offenses of their latest side projects.

Next batter up: the reigning king of side-projects-intended-to-make-the-world-take-him-seriously, Mr. Keanu Reeves.

Existing Side Project: Reeves is behind a new art book coming out next month called Shadows, which is about shadows. You can preorder it through email here. Sorry, we’re uncertain about the current status of Dogstar.

Plays Well with Others: Reeves collaborated on the project with painter Alexandra Grant. She took photos of Reeves contorting himself, posing in silhouette and bathed in eerie light. He wrote the text.

Physical Education: Reeves’s bodily postures can be somewhat riveting at times, moving from angelic to sinister, warped and knotted to proud and poised. Sometimes he looks quite demonic and mad, which is pretty cool. Most importantly, his hair looks good, even when merely outlined in glowing light. Overall, he makes a good shadow puppet.

Remedial English: Keanu’s text involves a couple of inscrutable lines per photo that are meant to invoke something simultaneously personal and mysterious. Sometimes they sound like things Matthew McConaughey would say when really high. Like “We all need something/Even when we don’t.” Whoa.

Final Evaluation: The images actually hold up on their own. They have a bizarre beauty, variably threatening malevolence then teasing optimism, reflecting humanity’s eternal struggle with good, evil, birth, dying and itself. Or something. Their open-ended poignancy gets sidelined by the kinds of quotes you’d expect from Keanu Reeves when trying to be all deep. Overall, your coffee table will survive without this, unless you’re a major-league Keanu-head or generally enjoy ingesting acid and pondering trippy coffee-table books.

Preliminary Grade: B. Not as good as The Matrix. But significantly way, way better than The Matrix Reloaded and The Matrix Revolutions.