Your Primer on Spring’s Best Bivalves 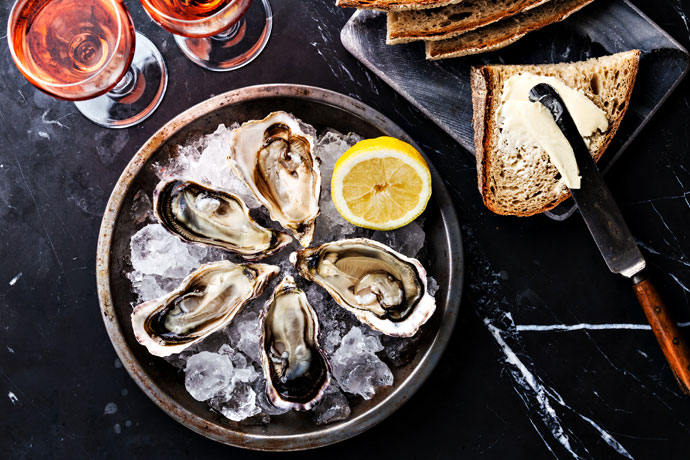 You already know what spring excels at.

But how does it fare in terms of oysters?

To solve that mystery once and for all, we sought the expert counsel of Skip Bennett, founder and owner of Island Creek Oysters in Massachusetts, who offered up several pearls of wisdom (sorry) on the subject.

First, the bad news: oysters stop growing in October or November, and by spring many farms have sold out of their entire supply. However, the oysters that remain are sweet, packed with meat and worth seeking out.

This is because oysters spend the colder months storing glycogen in order to make it through winter. More glycogen means more body mass and more meat. “It’s been a mild winter, so there is a lot of meat that hasn’t been burned off,” Skip adds.

Now, for the actually eating them part, Skip says that both East and West Coast oysters are tasting especially great right now. So there’s no need to play favorites.

On the East Coast, he notes that Island Creek still has a large supply of their namesake bivalves, which are “as strong as I’ve seen them in many years.”

Other recommended East Coasters to look for on menus this spring include Peter’s Points, a briny and straightforward option, and Malabars, a smaller oyster that still manages to pack a strong flavor that is both sweet and salty. And don’t overlook Wellfleets, which are still available right now despite their typically being scarce come spring. Then there’s the Northern Cross oysters grown by Virginia’s Cherrystone Aqua-Farms. These manage to store up a lot of glycogen, which isn’t common for a Chesapeake oyster, and they’re sporting strong salinity and a vegetal flavor.

Out west, approved picks include the sweet and smoky Hog Island oysters, as well as Kusshis from California. And hailing from Washington are Hama Hamas—which are clean, crisp and sweeter in spring—and Penn Cove’s large and flavorful Kumamotos. So keep an eye out for those.

There you have it. Spring. “A wonderful time to eat oysters,” says Skip.

We’re not going to disagree with him.

But we are going to embark on some serious by-the-dozen research.