When Jagger, Scorsese and Terence Winter Have Spare Time and Cash...

HBO’s Vinyl: Should You? 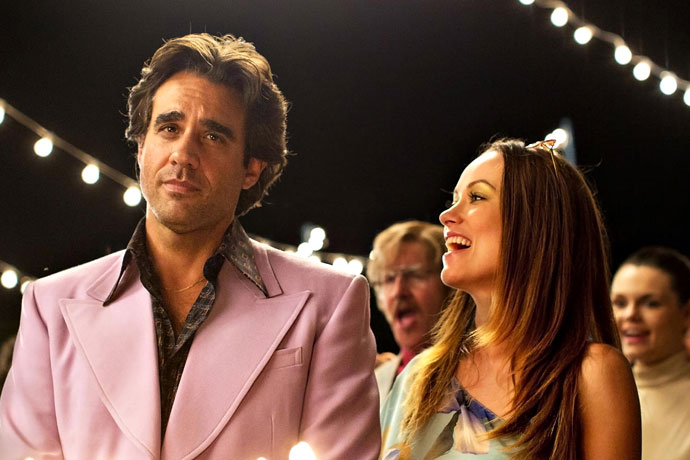 Lot of entertainment out there for you these days. You’ve got your Netflixes. Your HBOs. Your Hulus. Bottom line is, you can’t watch everything. So here’s a little primer to help you decide whether a new show is worth your precious downtime. We take a dip in to see how things are progressing... This week: we check out Vinyl, now airing Sundays on HBO.

Quick synopsis: It’s 1973, and Richie Finestra (Bobby Cannavale) and partners have run their once-great record label into the ground. Just before deciding to sell to a German conglomerate, Finestra has a drug- and surviving-a-building-collapse-fueled change of heart, decides not to sell, and sets himself and the label to the task of finding acts that play real fucking rock and roll, etc. All this is executed with the creativity, consultation and budget of Boardwalk Empire creator Terence Winter, along with Martin Scorsese and Mick Jagger.

Major themes: Musical authenticity and being able to recognize an “it” factor; the corrupt nature and increasing corporatization of the music industry in the ’70s; suburban ennui and the impossibility of “settling down”; drugs being bad. Violence, glitter, bacchanalia, a lot of coke.

How you’ll describe it to your friends: It’s Goodfellas set in the music industry.

Why it’s relevant to our cultural moment: Because it’s HBO’s only non-fantasy prestige program with a chance of drawing ratings (sorry, The Leftovers).

What’s good so far: Given the names associated with its creation, the production values are incredibly high and, by the end of its run, it’ll probably have had the greatest soundtrack in television history. Everyone’s attractive. Everyone can act. They’re in the process of perfecting the long-term cameo (Andy Warhol as an actual supporting character, Alice Cooper going on an all-night bender and golf outing with one of our record reps). And even if it’s not entirely clear where the story’s going or how it’ll get there, on a moment-to-moment basis, it’s exciting.

What could use some work: So far, they have yet to make you feel emotionally invested in a single character. That long-term cameo thing they’re in the process of perfecting is not yet perfected, and it’s unclear how exactly this story will unfold over multiple seasons without repeating itself.

The three-episode average: B-.

Why it’s worth continuing: Pay no attention to the steady decline there. People have grown so accustomed to watching prestige television—television with cinematic production values and quality—that they forget that it is in fact television. It’s serialized. The story told one week isn’t necessarily the entire story. David Simon, the creator of The Wire, famously disliked the now-institution of the weekly television critique, and likened it to reviewing a novel after reading the first three chapters. This feels like a show for which that philosophy is relevant. It’s worth continuing because three episodes just isn’t enough to go on. It’s not a movie. It’s a long narrative that could last four or five seasons and span a decade or more, and it’s got the kind of talent behind it that deserves the benefit of the doubt.

Why it’s not: On the other hand, we were somewhat burned by Boardwalk Empire, a beautiful, but uneven, show created by this same team (sans Jagger), whose quality got close to but never quite equaled its dazzling production values. You can always hold off and binge it later.