Write Your Great American Novel on This Machine 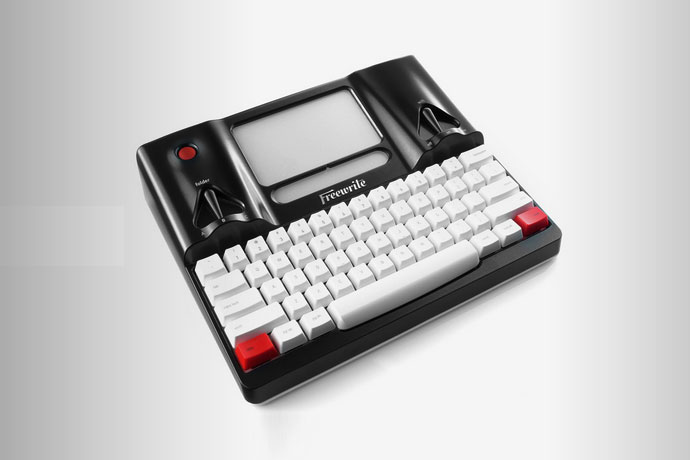 This thing: Freewrite, a valiant attempt to remove all distractions getting between you and your ambition to write the Great American Novel, an Oscar-worthy screenplay or anything else that doesn’t require the heart-eyes emoji to get a point across.

The point of it is simple: bring this thing up to a cabin somewhere, clear your head of all our over-connected nonsense and just get down to it. No distractions. No excuses. No saying “Damn, Daniel” unless, of course, your name is Daniel. Then who knows.

Anyway, it’s either that or just turn off the wi-fi on your computer.