Susan Sarandon Can Kick Your Ass at Ping-Pong*

*Unless You’re Prince. Or Bieber. Or Arcade Fire. Or... 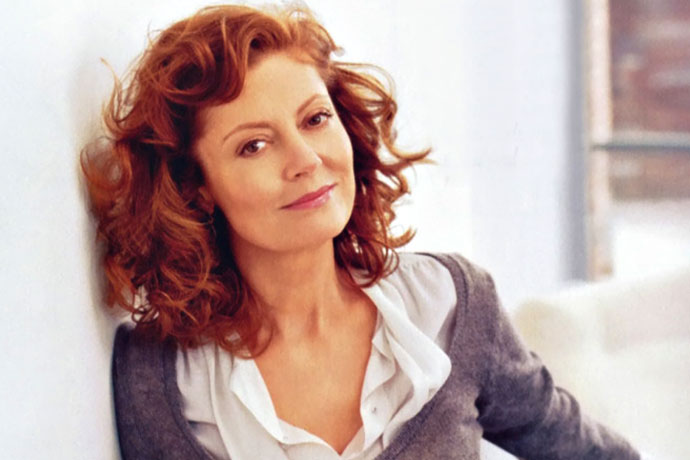 Next Friday, Academy Award–winning, Nobel Prize–nominated actress and activist Susan Sarandon gets serious about what’s really important in life: ping-pong. The fourth (and largest so far) incarnation of SPiN, the ping-pong/nightclub in which she is a partner, opens in Chicago. Soon after, another opens in San Francisco. So what’s with her and ping-pong all of a sudden? Also, what does one drink while playing ping-pong? Also, is Prince a good ping-pong player or not?

We wanted answers. She gave them.

How does it feel to rule over your very own ping-pong empire? Are you a benevolent leader?
I am benevolent because the game itself is a generous one that is not governed by age, body type or gender. While I would love to take credit for SPiN’s universal popularity, our team has done a remarkable job in keeping the brand’s philanthropic initiatives top-of-mind, and we’re proud of our continuous ability to bring communities of all backgrounds together to benefit the areas in which they reside.

How did you get involved with ping-pong anyway?
I attended a ping-pong party at the home of one of my business partners ... and I was immediately hooked. The group ... was so wildly diverse, and I loved the fact that it was an activity where women could easily win against men, and kids could compete with adults. At the time, they were working on documentaries and I hired them to work with me on one. Over the next year, I learned more about their dreams for a place offering ping-pong but also good food, drink and music.

Out with it: name the best and worst celebrity ping-pong player you know.
Justin Bieber and Prince are definitely great players. So are Win and Will Butler of Arcade Fire. Lots of musicians take tables on the road. I have to mention the Duplass brothers are second-generation avid players. Jamie Foxx, Peter Sarsgaard, Matthew Broderick and Adam Sandler are very good, too. I have to tie for worst with Jesse Tyler Ferguson, but we had fun.

Who would win in a ping-pong match: Thelma or Louise?
Louise, obviously.

What makes Chicago a good ping-pong town?
The team at SPiN, including myself, believes in the “work hard, play hard” mentality, and we figured that Chicago—a city full of culture, innovation [and] culinary, nightlife and entertainment expertise—was the perfect fit for our newest location.

What will make Chicago’s SPiN different from the others in NYC and LA?
SPiN Chicago will feature a diverse menu of farm-to-table shareables, many of which will be unique to this location. To complement the venue’s signature menu, we’re partnering with Benjamin Newby, Chicago’s expert mixology consulting firm, to develop our beverage program and really appeal to this market. We’ll also be spotlighting a number of local purveyors, including Dark Matter Coffee, Revolution Brewing, Half Acre Beer Company and more to make this location feel like home.

When was the first time you visited Chicago? Any memories?
The first time I was there I was filming a Vonnegut short story, Who Am I This Time?, with Jonathan Demme and Chris Walken. I didn’t see much, but it was during the summer and I remember a friend of mine went out on Lake Michigan and couldn’t get back in. Had to be rescued. Most of the other times were to do Oprah. Not an easy airport in winter.

Is there a favorite cocktail that SPiN serves?
My favorite is a shot of tequila. I believe in the classics.

What’s the ideal level of sobriety in a ping-pong match?
Sobriety: nonexistent is ideal.

You’ve been nominated for a Nobel Prize by Greece for your work with Syrian refugees. You also played multiple–Nobel Prize–nominee Sister Helen Prejean and won an Oscar for it. So who will play you in the Susan Sarandon story?
I’m hoping Meryl Streep or Sigourney Weaver.