A Garden of Beer-y Delights in West Town 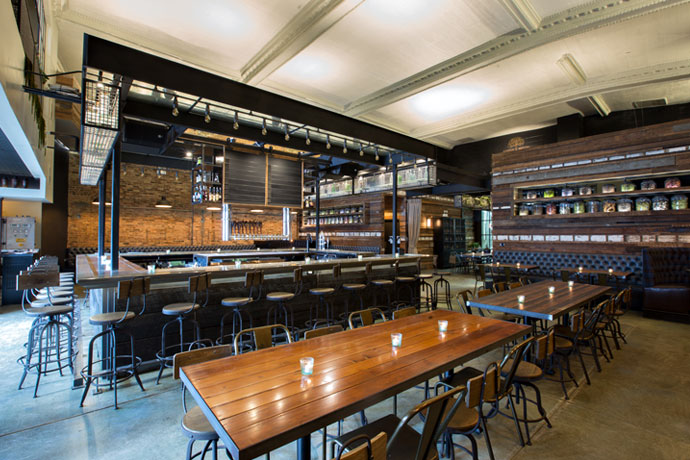 6 Photos Forbidden Root
What follows is a glossary of terms for Forbidden Root, the funky botanical brewery’s first and only brewpub that’s now open in West Town.

Botanical Brewery: A brewery that builds beer from the botanical up. Basically.

The Hub Theatre: The century-old cinema in which Forbidden Root now exists.

This Slideshow: A pictorial feast depicting floating beer taps, antique apothecary bottles and a private dining room that looks into the brewery.

’64 Impala: Their gin-and-juice-inspired Belgian wit, and one of several new beers (like the Cherry Amaro Ale, brewed with cherry stems) that you can only find at the brewpub. Not to be confused with “the kind of car you saw in that movie once.”

The Food Menu: A piece of paper with comestibles like “milk-brined pork schnitzel” and “malted hanger steak” printed on it.