You’ll Want to Fill These Out Before the Oscars

May We Present Your Oscar Speech Mad Libs 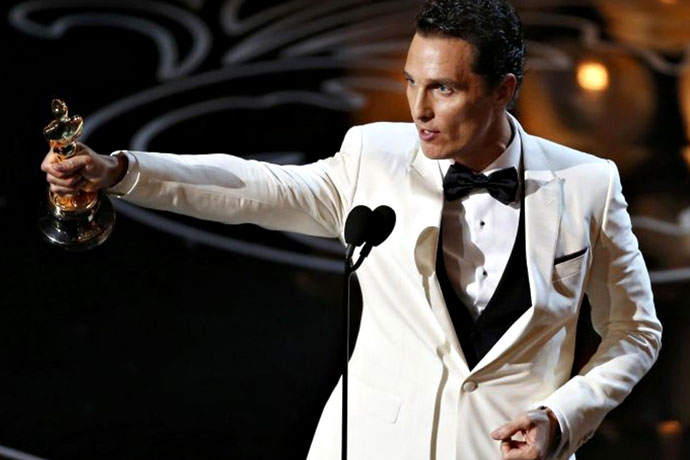 Raises trophy triumphantly in the air as the theater erupts in applause. Camera pans to [name of any actor with self-serious facial hair], before cutting to [name of your last sexual partner], who looks on proudly with pursed lips.

[Name of a white person. Any white person]: This film was about [general noun for something significant-sounding]. It was about the strength of the human spirit. Most importantly, it was about [name of activity you quit after, like, one year in elementary school]. This was the [type of animal from The Revenant]’s vision. Thank you for taking me on this [adjective], [adjective] journey. I share this award with you.

Cut to [type of animal from The Revenant], which smiles and places its hand affectionately on its heart. The orchestra begins to play.

[Name of a white person. Any white person] pumps trophy in the air one last time and is escorted offstage by the ushers.

As the orchestral music swells, the [type of animal from The Revenant] casually eats Eddie Redmayne.