The Foundry, by the Numbers 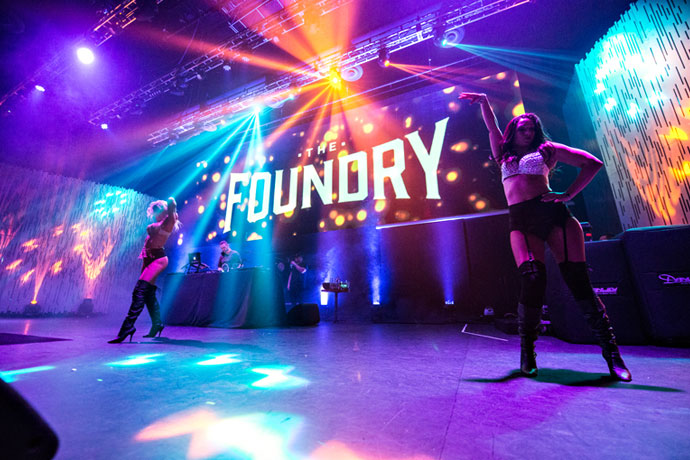 8 Photos The Foundry
Every so often, something comes along that’s so wild, so incomprehensibly massive, so downright Vegas-y, we’re legally obligated to paint it by numbers.

Such is the unfortunate (though actually pretty fortunate) case of the Foundry—a multi-tiered new concert venue that just replaced LiFE at SLS. It’s open now on an event-by-event basis and... we’re off.

At least 100: Number of square feet you require to do that one thing (you know, that dancing thing).

3: Bars at your disposal.

1: Bar that looks like it was made using spare Terminator parts.

750: Dollars you need to procure a bottle of Don Julio 1942 from this drink menu.

Approximately 3: Friends who’ll attempt to use Vegas as an excuse for you to do that.

Over 3: Times you’ll subconsciously mistake this place for a nightclub.

8: Photographs in this slideshow.

You were getting tired of numbers anyway.