“If Elton and James Corden Can Sing ‘The Circle of Life’ in Their Car, I Can Sing It in Ours.” 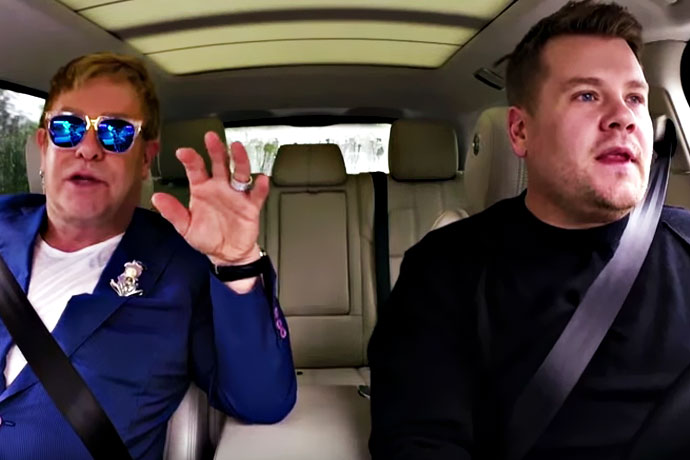 2. “John, it’s going to be okay. You knew Iggy Pop wasn’t going to be making albums forever. We’re here if you need us.”

4. “If you thought Draft Kings was sketchy, you should find out how they run sports betting in prison.”

5. “So Leo’s going to do another three movies with that guy who wrote The Revenant. I wonder who the bear will be working with.”

6. “Nothing says ‘Let’s get ready to play some football’ like the sweet chords of Coldplay. That was a joke.”

7. “No, Jill, I never watch the Super Bowl. I just watch all the ads at once the day after. Was there a cross-dressing Willem Dafoe this year? Wait, don’t tell me.”

9. “Did you hear that the McDonald’s of Canada will be the first to sell their kale salads? Yeah, I’m thinking of a good Canada joke right now. Just give me a minute.”

10. “Listen, if Elton John and James Corden can sing ‘The Circle of Life’ in their car pool, I can damn well sing it in ours.”