The Banksy News Might Distract You from the Miley Cyrus News 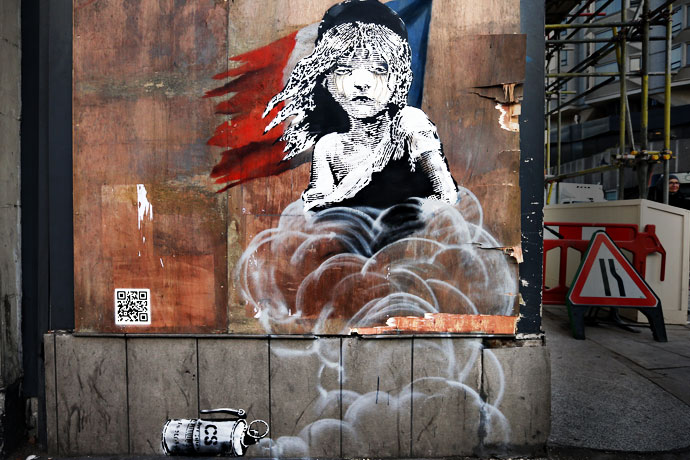 Sonic Youth: The Huffington Post investigates a conspiracy theory involving the soundtrack for Sonic the Hedgehog and the late Michael Jackson.

The Breakups: Broadly interviews writer Jennifer Wright about her new book, which chronicles some of history’s most traumatic breakups. Don’t let it affect your Valentine’s Day plans.

Wouldn’t It Be Nice: Fans will have one last chance to hear Brian Wilson perform Pet Sounds, when he embarks on a new world tour to celebrate the album’s 50th anniversary this spring.

Room Raiders: Flavorwire has compiled a list of the best teenage bedrooms on film.

To the Bank: Banksy’s latest creation popped up in London over the weekend. One critic explains how his artwork is (still) a potent political weapon.