I Admit It. I’m in Love with The Bachelor.

My (Not So) Secret Love Affair with a Romantic Reality Show 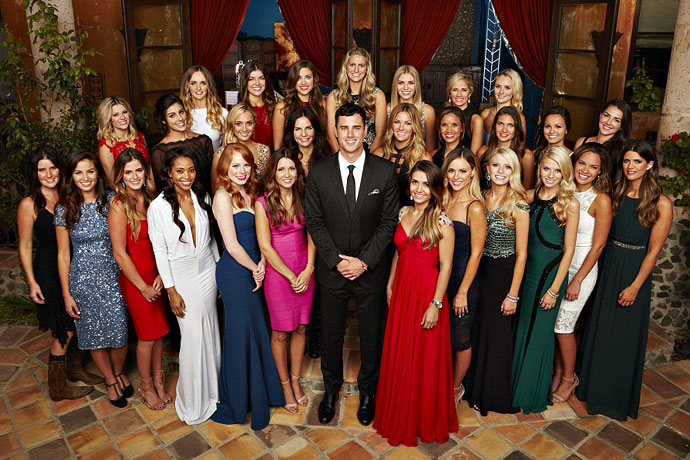 I don’t use exclamation marks in my texts, nor do I particularly enjoy white wine spritzers.

I actually watch sports, with other male friends, sometimes even at a bar of my choosing.

And yet, here I am: one of the leading experts—with a published thesis to prove it—in a field dominated by scented-candle-, Katherine Heigl–, mimosa-loving single women.

I’m talking, of course, about The Bachelor.

My adoration for the show began as our lasting adorations often do—in the midst of adolescence.

I watched because my dad watched. So did my brother. It was our thing.

Maybe I liked it because it revealed the inner workings of a subject with which I was just becoming acquainted (girls). Maybe I liked it because my parents had recently been divorced, and the easy kind of fairy tale love the show presented was a comfort. More likely, though, I liked it simply because there were 25 beautiful women competing for one guy, and it was entertaining to watch them fight and flirt and not-quite-but-okay-sort-of f**k.

Only later did I come to enjoy the show as I do now—as a sort of magical confluence of reality and artifice, where fake conditions nonetheless produce real results: love, or something like it.

It hasn’t always been easy to admit my love of the show. In high school, I was embarrassed. In college, a little self-conscious. I’ve faced my fair share of skepticism, as one often does for liking something so lowbrow.

But after 10-plus years, I’m more confident than ever in my fandom. The Bachelor, now in its 20th season, is still winning Monday nights. Its spin-off, Bachelor in Paradise, is “the best thing to happen to summer since sunscreen.” (I’m quoting myself.)

Several phrases—“the right reasons,” “this is the final rose tonight,” “fantasy suite”—have even weaseled their way into our cultural lexicon. Credible writers from New York Times columnists to Bill Simmons have weighed in on the show. The state of Bachelor Nation is strong.

There are, however, people who still find my thing for The Bachelor puzzling.

“But I saw you literally annotating Dostoyevsky the other night,” they say. “And you’re not even in college anymore.”

“But you pontificated on the finale of Mad Men with such eloquence,” they plead.

The uninitiated wrongly assume that liking The Bachelor and having intellect are mutually exclusive. The uninitiated also tend to have difficulty wrapping their heads around how I can like something purporting to be “real” if it’s so obviously “fake.” To which I respond: that’s what makes it so damn gripping. You don’t watch The Real World because it’s real, you watch it because seven sexually uninhibited twentysomethings trapped in a mansion without TV is anything but real, even if you’re oblivious to that fact. Reality is boring; reality television isn’t.

I’ve proselytized the good word of The Bachelor and successfully converted some staunch oppositionists. Among them: several college friends, the center on my high school’s football team, my girlfriend and an associate professor of journalism at the University of Wisconsin–Madison, who only sort of laughed when I told him I planned to analyze the show’s codification of love for my senior thesis.

First, you watch ironically. You’re intrigued, but cynical. Those two girls discussing that bitchy girl’s ugly toes are pretty funny, though, you have to admit. And that other one’s pretty cute when she laughs. Ha.

Soon, genuine interest starts to nibble away at your ironic detachment. The helicopter ride over LA was pretty emotional; those sweet nothings exchanged in that hot tub on the edge of a beautiful oceanside promontory pretty sweet. Despite the promise you made to yourself not to feel stuff, you begin to feel stuff. Eventually, you don’t care why you’re watching—you’re just watching. Next thing you know, you’re listening to recap podcasts and slaving over your Bachelor Bracket.

Well, you’re too afraid to let yourself be vulnerable. To open up fully to the possibility of falling in love. To be a man and own your emotions.

In which case, there’s no shot in hell you’re getting a rose.