Evaluating Yet Another Celebrity Side Project 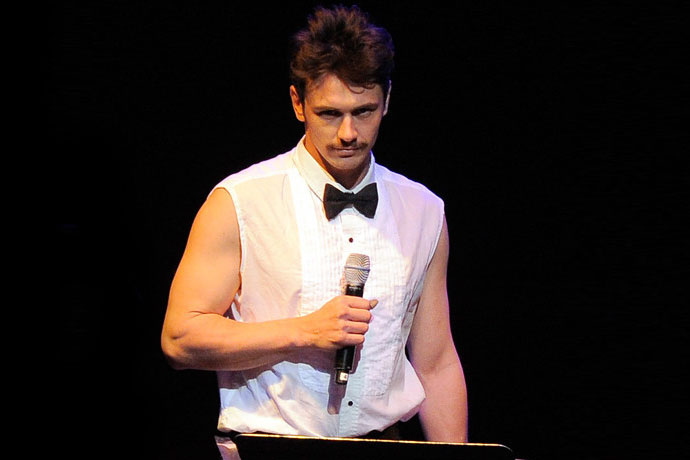 Singers want to act. Actors want to direct. Ex-presidents want to spend retirement producing mediocre likenesses of pets and foreign leaders just because. It’s the natural order of celebrity fame. Since these guys never think twice about unloading their artistic visions on you, here’s our semi-regular report card summing up the relative merits and offenses of their latest side projects.

Next up: a guy who never had an idea for a side project he didn’t immediately think was a good idea to will into existence, James Franco.

Aka: The actor-cum-Columbia-student-turned-NYU-professor-become-poet-then-male-model-cum-eh, look, you know who James Franco is.

Existing Side Project: Now he has a band called Daddy. Which is a pretty creepy name coming from Franco.

Inspiration: Franco cites British new wave as his primary influence, specifically the Smiths. Because it’s how he feels on the inside.

Content: Jangly rhythm guitar, dreamy synth and persistent high hat, with some additional noodling around on lead guitar. All before some really dubious vocals begin droning on, “I do my best... in a lime-green dress.” Deep. We guess.

Getting Along with Others: Franco is collaborating on an album and corresponding film with Tim O’Keefe, a composer known for his work on Franco films like This Is the End and The Sound and the Fury. He also got at least one real Smith, bassist Andy Rourke, who presumably knows his former band sounded nothing like this but was just happy for the work.

Execution: Things start out okay, but just okay. Then the song’s main refrain starts. And doesn’t stop for the next four minutes. It all makes us wish Morrissey would show up and lighten the mood.

Final Evaluation: Hopefully Franco moves on from his art-rock ambitions and gets into something else. Like beekeeping. Or ice fishing. Or really anything other than singing. And soon.