It’s Got More Dumplings Than Is Reasonable 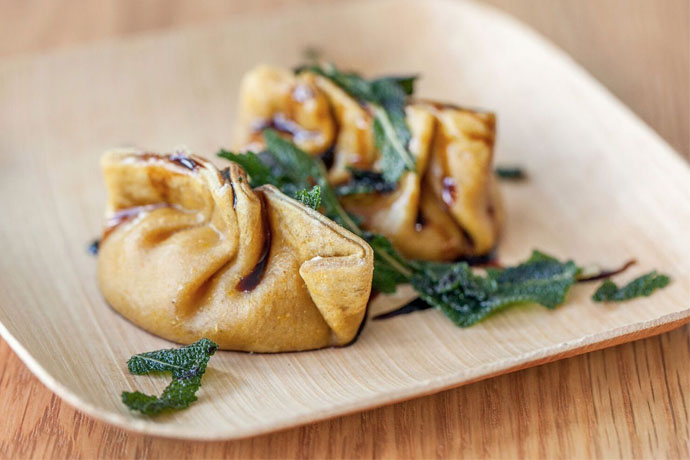 16 Photos Packed
Allow your eyes to linger for another moment on the photograph above.

Go ahead. Really get in there and do some lingering.

Those are really something, aren’t they?

Now, to answer your first question: yes, we do have more pictures. They’re right here.

To answer your second question: no, they don’t make hamburgers. That was a silly question.

You’ll venture here when you feel that insatiable urge to put dumplings in your mouth (it’s a very real urge). More than a few choices will present themselves to you: the French onion soup dumpling, bound in a homemade sourdough wrapper. The Peking duck. The pastrami, which is only weird if you make it weird.

And it’s a fast-casual thing, so you’ll order at the counter and take a seat. Maybe you’re sipping their vanilla-and-cinnamon lemonade from Harvest Juicery while you wait. Or maybe you’re just gazing at that bucolic photograph of grazing cows. It was taken at the Midwestern farm where they source their beef.