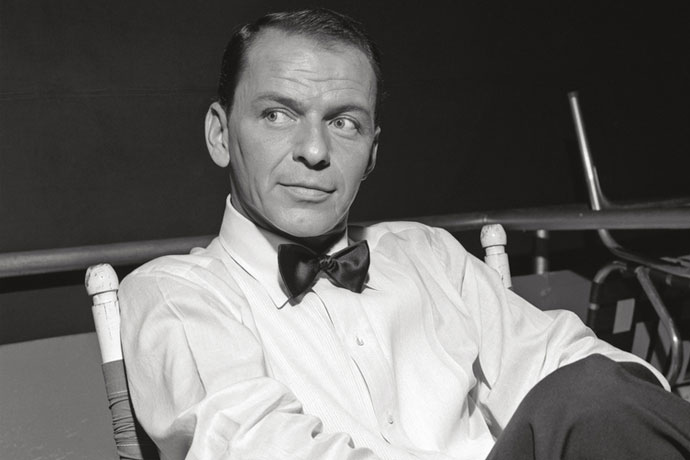 READ:
The Cinematic Legacy of Frank Sinatra by David Wills
Frank Sinatra would have celebrated his 100th birthday last month, and the tributes still keep coming. The latest is this just-released coffee-table-worthy retrospective of his film career, which includes 200 photos from films like Guys and Dolls and From Here to Eternity.

BINGE:
Workaholics on Comedy Central
Maybe you’re still on the fence about Comedy Central’s Workaholics. Maybe you’re nowhere near the fence because, well, you’ve never seen this oddball comedy. Either way, you should know its sixth season was brought into the world last night. So this weekend may be just the opportunity to catch up on past seasons and figure out your thoughts on the matter once and for all.

WATCH:
Billions on Showtime
So you didn’t win Powerball. Big deal. You would have just blown it on yachts and robot butlers anyway. Plus, you would have been too busy at your Rolls dealer to watch this new Wall Street crime series from the guy behind The Big Short and starring Paul Giamatti. The first episode is even free online. It’s like they knew you weren’t going to win.

HEAR:
“Obscene Dream” by Sego
This is just some nice, friendly, getting-ready-to-go-out music that may come in handy as you prepare yourself for this weekend. Just don’t dance while you shave.