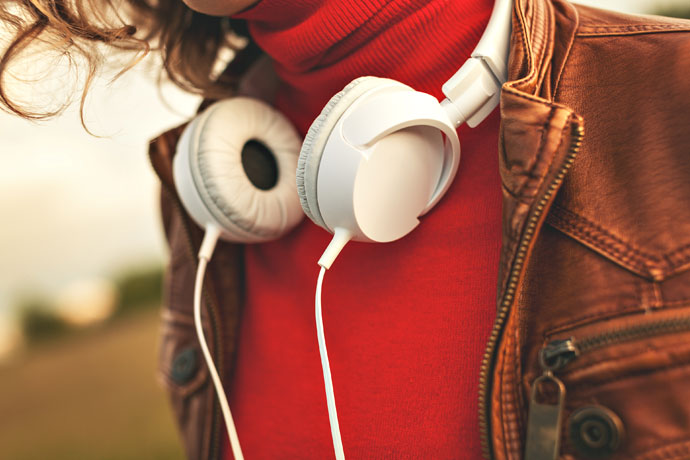 Your poor ears can really only take so much. Don’t wear them out listening to podcast after podcast, hoping to find some interesting audio nugget. This week: podcasts to help you win an Oscar ballot, a wave of ’90s nostalgia and other audio pleasures.

The Awards Show Show and Awards Chatter
What they are: Just two examples in the surprisingly crowded field of podcasts about awards shows. Well, Awards Chatter from The Hollywood Reporter has been around since September (seriously, September). The Awards Show Show from New York magazine’s Vulture and The Frame waited until November to start its prognostication.
Skip to: The Awards Show Show, January 9, 2:45—when hosts correctly home in on who will take home the Golden Globes. You’ll want their help on your Oscar ballot.

Soundcheck
What it is: Okay, it’s not new. It’s the long-standing WNYC music program. But last week producer Tony Visconti stopped to talk 40 years of working with David Bowie. Poignant.
Skip to: January, 13:00—when Visconti talks about the process of recording Bowie’s Blackstar album.

Thirty Twenty Ten
What it is: A nostalgia podcast. It looks at what was happening in pop culture this week 30 years ago, 20 years ago and 10 years ago.
Skip to: Episode 1, 14:15—when the hosts unearth Mind Walker for the Amiga 1000 computer. It’s an important moment in video game archaeology.

Stuck in the 90s
What it is: Yet another nostalgia podcast. It’s a good week for nostalgia. This is, however, much more focused than Thirty Twenty Ten, exploring the current calendar week with the same week from a random year from 1990 through 1999.
Skip to: Episode 2, 9:19—hosts discuss the merits of Seal’s “Kiss from a Rose (Batman Forever)” video. Heady stuff, indeed.

Masterpiece Studio
What it is: A podcast featuring the hottest megawatt stars from PBS. Downton Abbey. Sherlock. Yep. Both of them.
Skip to: January 11, 12:44—Hugh Bonneville talks about the bedroom fight scene. He did his own stunts. Tom Cruise, look out.