Jeanne with the Wind 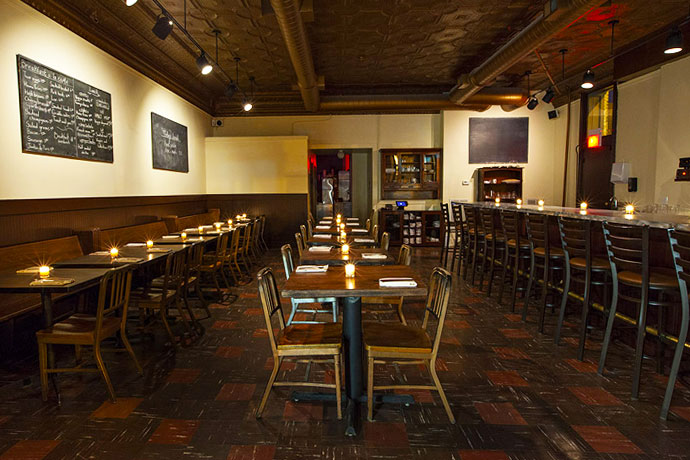 A) A convivial 2.25 mL bottle of wine.
B) The name of some Rootstock vets’ new café.
C) An overly hospitable French-Canadian grand-mère.
D) All of the above.

You’re right. The answer’s always “all of the above.”

Swing by and say salut to Café Marie-Jeanne—a homey, Parisian-ish destination for breakfast, lunch, dinner, coffee, wine or whatever, whenever. It’s open now in Humboldt Park, but not completely. Which calls for another stimulating round of Past, Present, Future.

Present: For now, they’re only open for breakfast and lunch, which involves homemade jambon de Paris, Metric coffee and a smoked-herring BLT. The space has also received a rather restaurant-y update.

Future: They’ll start their more upscale dinner service (read: steak tartare and oysters) later this week. And eventually, they’ll have a focused wine list, plus a deli counter at which to procure smoked brisket and freshly baked baguettes.