Empire of the Bun

Jeff Mauro Wants to Make You Some Sandwiches 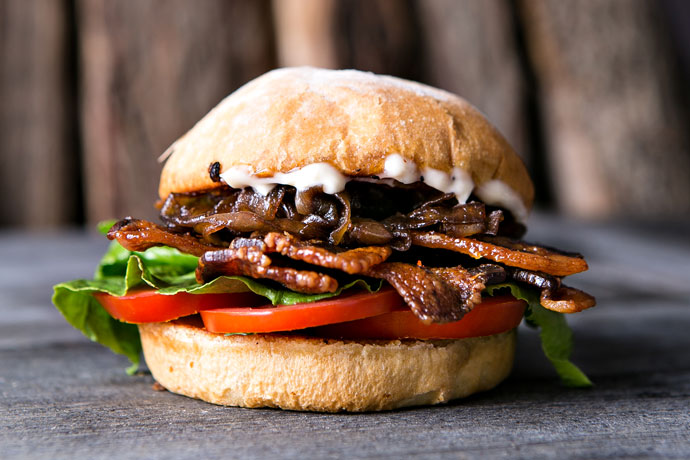 9 Photos Pork & Mindy’s
Once upon a time, a boy from modest Chicago roots set out to discover the finest sandwiches in the land.

Years later, he decided to use his knowledge to build a sandwich empire of his own.

Such is the tale of Pork & Mindy’s, the meat-centric brainchild of championship BBQer and all-around sandwich guy Jeff Mauro. It’s open today in Bucktown, and this is the slideshow.

Before we proceed, let’s get one thing straight: this is not a BBQ joint. Sure, there’s 14-hour hickory-smoked pulled pork, mulberry-smoked chicken and slow-smoked candied bacon. But a simple “add coleslaw and drench it in sauce” situation this is not.

Instead, you’ll just have to trust that Jeff knows how to design a good sandwich or seven. Stroll up to the counter and ask for the Bao to the Pork, which is essentially a BBQ-y banh mi stuffed into a Chinese bun. Then take a seat, choose from an assortment of homemade sauces and eat. See, that wasn’t so hard.

Also: should you hear music coming from the kitchen, just know that they’re probably recording a local band for one of their Back of the House Sessions.

It’s like a Tiny Desk Concert. With more meat.