Four Things to Keep You Busy This Weekend 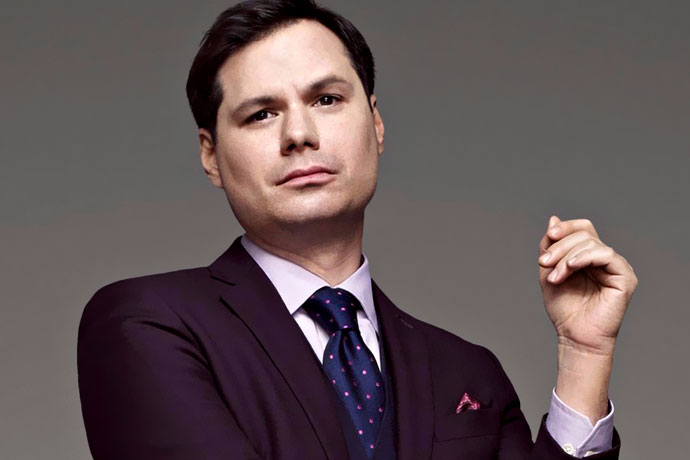 WATCH:
Tom Segura: Mostly Stories
The stand-up comic looks like a young Zach Galifianakis. Well, younger Zach Galifianakis. Well, maybe it depends on how long his beard is that day. Anyway, he’s a comic. And his bawdy shtick goes over big with the Joe Rogan crowd. Still, his new stand-up special drops today on Netflix and looks promising enough to be worth an hour of your time.

LISTEN:
“Job Done” by exmagician
The debut album, Scan the Blue, from this jangly, fuzzy, neo-psychedelic duo from Belfast comes out March 25. But the first cut is certainly well worth four minutes and two seconds of your time on a Friday afternoon in January.

READ:
Navel Gazing: True Tales of Bodies, Mostly Mine (but also my mom’s, which I know sounds weird) by Michael Ian Black
Funny, even with a readout as long as this one, we still have no idea what the hell to expect from this latest book from the comedic actor Michael Ian Black (The State, Wet Hot American Summer). Which, frankly, makes us want to read it... or at least download the audiobook. So, well played, Michael Ian Black. Well played.

BINGE:
Classic Brit-Coms from Seeso
This is a just-out-of-beta, $4-a-month, all-comedy streaming subscription service from NBCUniversal. At first we were all like, meh. Lots of Parks and Rec, Seth Meyers and comedy content that looked sub-Funny-or-Die-ish. But its trove of British comedy classics like A Bit of Fry and Laurie, Monty Python’s Flying Circus and The Young Ones may be $4 well spent. Unless you can get all those on YouTube. In which case, we’re stumped as to why this service exists.