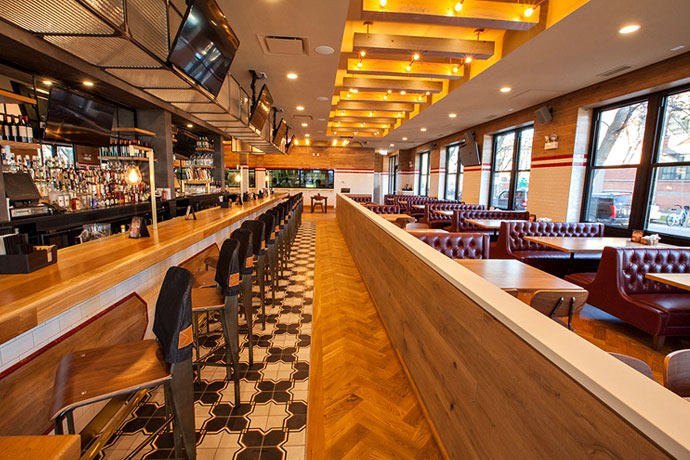 And that’s fine. You’re all for those.

Particularly as they pertain to pizza. Because pizza miracles are the best miracles.

Like the ones at Roots Handmade Pizza Lincoln Square, which, as the name helpfully suggests, just opened a Lincoln Square location on Saturday. (Here’s the slideshow and the menu.)

Let us count its miraculous offerings...

Second, they’ve got new stuff like duck sausage from the Bangers & Lace fellows for the BLT pizza. And they’ve squeezed in eight more beers. Miracle. Miracle.

Fourth, they’ve got tables in the back that are set in on a sort of railroad track so you can bring them together for big parties. Pretty minor, but... miracle.

Fifth, they’re opening a spot next door called the Sixth. The bartenders from the Berkshire Room will be there, and so will live music.