14 Things That Were Just Kind of Okay This Year 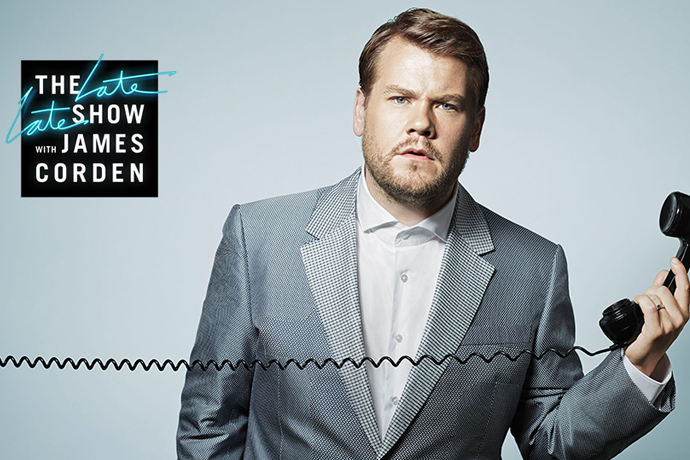 The music you listened to while you were doing something else.

The books critics emphatically did not declare “a revelation.”

The movies you saw when that other movie you really wanted to see was sold out, but you were already at the theater, so you said f**k it and bought your popcorn and sat through the damn thing anyway.

These sorts of things may not find a home on any “Best of” or “Worst of” lists. They have, however, stumbled onto our 2015 Whatever List—a totally arbitrary number of cultural entities from the past year that we’re spouting off in no particular order.

Prepare to be whelmed...

The Other, Other Late Night—Raise your hand if you religiously tune in for The Late Late Show with James Corden. Just as we suspected. You don’t even care enough to exhibit a legitimate response to this exercise.

Coldplay’s A Head Full of Dreams—Every successive Coldplay album seems like a more watered-down, pop-leaning version of the last. This one is no exception. Which isn’t to say we’re not going to listen to “Adventure of a Lifetime.” You know, if someone else puts it on...

The Rock—Two things you may have watched this year but certainly don’t care that much about: 1) San Andreas, and 2) HBO’s Ballers. The Rock is to acting as the rock is to rock, paper, scissors: just sort of big and there. Also: rocks. They’re both rocks.

Seth Rogen Is on Drugs. Again.—The Night Before wasn’t unfunny. But if we wanted to watch Seth Rogen do drugs and get all bromantic with James Franco, we’d much rather watch Pineapple Express. Or The Interview. Or Freaks and Geeks. But definitely not The Guilt Trip. Franco wasn’t even in that one.

The Apple Watch—It was supposed to change the world. Instead, it kind of just made texting even easier for some people.

Go Set a Watchman by Harper Lee—Push aside the anger and questionable ethics of its publishing, and the book itself... well, let’s just say To Kill a Mockingbird it was not.

Brody Jenner—Easily the most whatever of all the Jenner/Kardashians this year. Last we checked, he’s a DJ now. You could hate him, but you’d have to care first.

Jeb!—Easily the most whatever of all Bushes this year. Really. Think about how unexciting you have to be to add an exclamation point to your name in a bid to be more exciting.

A Very Murray Christmas—It wasn’t funny, it wasn’t sad, it wasn’t really anything at all. But Bill Murray was involved. And Miley sang some nice songs. And we experienced a reflective moment after it was over wherein we came to the conclusion that it wasn’t a complete waste of time.

Tumblr—Are we done with this yet?

TBS—Chances are, if you watched a 2 Broke Girls rerun or another airing of Billy Madison in a waiting room somewhere, you watched it on TBS. Yeah, the sound was off, but you didn’t miss much.