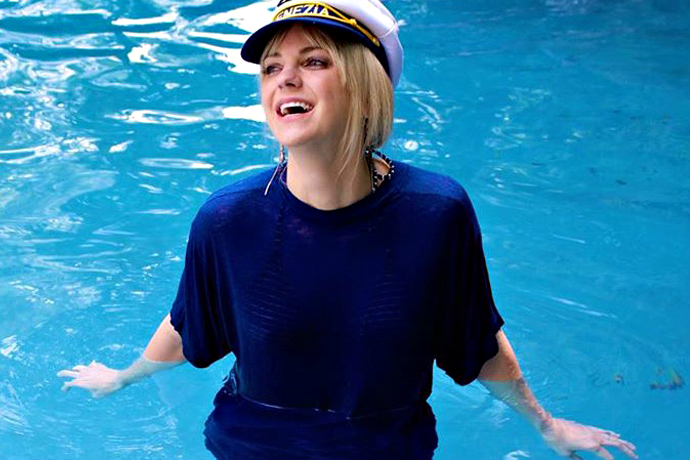 Your poor ears can really only take so much. Don’t wear them out listening to podcast after podcast, hoping to find some interesting audio nugget.

This week: Serial season 2, Anna Faris and the return of some of your favorite Grantlanders.

Serial Season 2
What it is: Okay, you probably already know what this is, but we’ll tell you anyway. It’s the second season of last year’s true-crime podcast phenom. This time, it’s a different true crime. But it’s the same Sarah Koenig. It’s the same MailKimp ad. The new mission: unravel the strange story of POW/Army deserter Bowe Bergdahl.
First episode: Bergdahl explains to a filmmaker (and Serial investigative partner) how this whole mess started.
Skip to: 40:53. When Koenig says, “That’s me. Calling the Taliban.” We didn’t even know they were listed.

Anna Faris Is Unqualified
What it is: The comedic actress is now a relationship podcaster. Or something.
First episode: Anna and cohost/producer somehow land Anna’s Mom costar Allison Janney for a freewheeling discussion about working together and, well, then let’s just stipulate that the conversation veers downward from there. Trigger warning: the word “taint” is employed liberally.
Skip to: 14:50. An Emmy award winner explains what a moose knuckle is.

Surprisingly Awesome
What it is: Big-time movie writer/director Adam McKay (credits: Ant-Man, Anchorman, The Big Short) and New York Times economics columnist Adam Davidson explaining why boring things like mold and concrete—and here’s where that title comes in—are secretly interesting.
First episode: The topic: mold. Well, we only made it through about five minutes. We’ll wait for the movie. If you can get Ant-Man made, mold should be a cinch.
Skip to: Episode 4. The team divulges the not-so-secret anarchist leanings of 1990s US one-hit wonder Chumbawamba.

Channel 33
What it is: Bill Simmons’s first spin-off for his new podcast network. It’s sports, pop culture and TV talk with pop-culture connoisseurs—and Grantland vets—Chris Ryan and Andy Greenwald.
First episode: Ryan and Greenwald go face-first into a big bowl of The Leftovers.
Skip to: Episode 10. Just a good interview with Trevor Noah about his first few months on the job.