Five Things Your Dad Would Be Into

Dad. Pops. Senior. Perhaps “Bill” or “Dave.” He’s a man of many names. And he had a lot to do with why you exist. So the least you can do is get him a non-mug Father’s Day gift. Like any of these things that are not mugs and are also great. 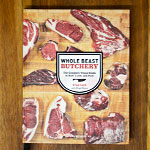 FOR THE AMATEUR CHEF

Just a Gigantic Book About Meat

It’s an enormous meat tome that teaches the art of old-school butchering with 500 how-to photos. It makes a great gift if your dad is a serious carnivore. Or a confusing, passive-aggressive gift if he’s a vegetarian. 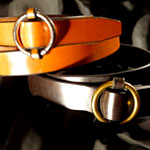 Robert Redford Approves of This Belt

This well-nigh invincible ring belt, made entirely by hand on a Virginian equestrian farm, happens to be the same one Robert Redford wore in All Is Lost. And dads love Robert Redford. So by association, dads love this belt. We’re calling it “logic.” 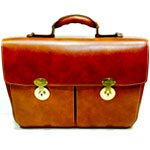 FOR THE POWER DAD

Your father needs to carry around important documents in print. It’s part of his job description. So he may as well do it with this smashing-as-all-hell calf-leather briefcase from a family-owned factory in Milan. And it’s only available in a single stateside store. If you’ve never seen your dad cry, well... 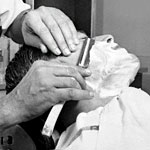 This Shave Has Seven Stages

At some point, Pops taught you how to shave. And if he didn’t teach it to you in seven stages, that’s okay. Now you can show him how it’s done with this multi-chapter shaving adventure that begins with some hot-towel prep and ends with talc. All good things end with talc.

FOR THE DAD OF THE YEAR

Because There Had to Be a Trophy

There are gifts that literally spell out “Dad of the Year.” Then there are gifts that show instead of tell. Like this vintage piece that happens to be an actual, hand-etched trophy made for... well, nobody knows. But now it’s your dad’s for being your dad.

Gear
End Game
You Need New Year’s Plans. These Are They.

Gear
Carry On
A Little Kit for Mixing Mid-Flight Cocktails