Why, When They Were Your Age... 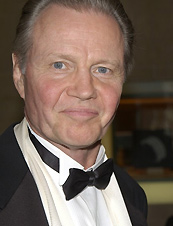 There comes a time in every life when you need a little wisdom from somebody who's been there.

And when you have time to get it over an afternoon of chess with your grandfather, great, but in a pinch…you just need it now, and you need it online.

The site was created by a roving Fairfax District reporter by the name of Seth Menachem, who turns on his camera whenever he crosses paths with a sage elder who doesn't mind sharing a bit of wisdom with him—and with you—even if it means missing Matlock.

In the parking lot of Whole Foods, he chats up an old Russian mathematician, who's happy to talk about the statistical probability of happiness.

At a backyard barbecue, he gleans pointers from a former Dating Game exec who met his wife in the contestant pool. (Well played, sir. Well played indeed.)

And in Jon Voight's car, he finds Jon Voight—who pontificates upon charity, traffic lights and, most important, how to do battle with a seriously pissed-off Transformer.

Well, okay, maybe not that last one.