The Beehive Is Really Something Else 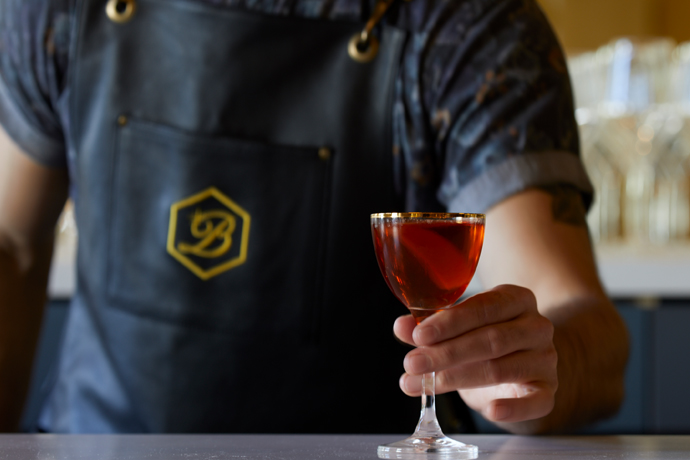 And soon to be added near the top of that list is, well, the Beehive. It's a new '60s-themed cocktail bar in the Mission from the team behind the Treasury, and it opens tonight looking like this.

It's sort of swanky in there. All mid-century-y, of course. It's got gold geometric walls (similar to a honeycomb) that pair oh so well with its gold cocktail shakers.

Speaking of those, you’ll want to peruse their menu that looks like it's straight out of a '60s magazine. The Gemini is a great place to start. Mostly because it's a slushie with Beehive Tang, vodka and Manzanilla. Then, perhaps segue into a Quimbara with Santa Teresa Rum, pink guava, Aperol and lime.

Soon, it'll be time for you and your group to retire to the back room—which you will have rented out—through its own private entrance. Just basically do your thing from there. Especially if your thing involves eating shrimp cocktail, Swedish meatballs and mezcal fondue.