Flaming Cocktails, Plane Fuselage and All 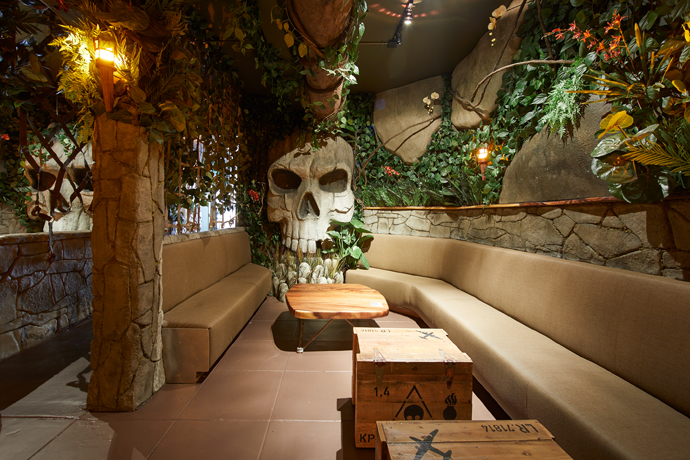 You love a good tiki bar.

The kitschy-in-just-the-right-way glassware. The flaming drinks. The plane fuselage.

Pay heed all who enter Last Rites, a new tiki bar from the Horsefeather team that's now open in Duboce Triangle looking like this.

Swing by tonight with some fellow intrepid explorers. It's in the former Residence space, but you'll immediately notice a marked difference, beginning with the foliage.

It will soon become very clear that you've stepped into a different world resembling that of a dark jungle. A dark jungle with, yes, a plane fuselage that doubles as a bar, complete with stools made from plane seats. Dismissing your instinct to check for smoke monsters, you'll instead look over the extensive cocktail list.

By far the best airplane experience you've had.

Nightlife
Your Weekend Rooftop Plans Have Been Made
Frozen Pitchers, Skillet Burgers and Open Sky Above Twenty Five Lusk