It's Called School Night, So Get Your Excuses Ready 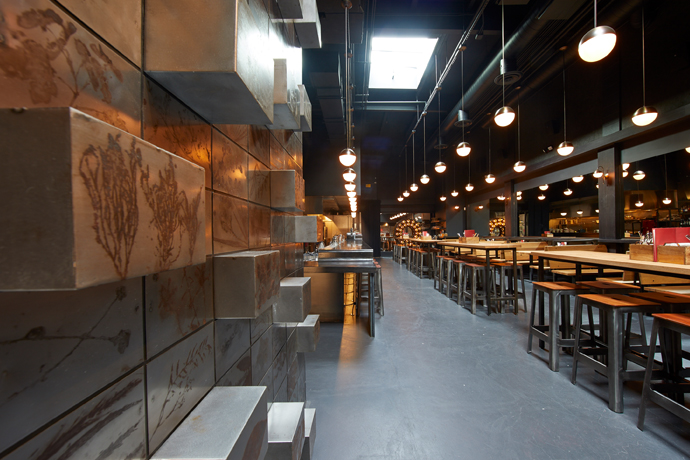 You should probably know that Traci Des Jardins has just opened her first bar.

But to visit, yes, you're going to have to go on a school night.

Which is probably why she's calling it School Night.

It's now open Sunday through Wednesday nights inside of the Pearl event space in the Dogpatch, and here's some visual evidence of that fact.

Before we go on, we should also mention that (when it's not open to the public), you can rent the whole bar out for your group Thursdays through Saturdays. Keep that information in your pocket as you head into a side door, up some stairs and past a wall of leaves stenciled on metal. Congratulations, you've now entered an attractive, casual little hangout and are about to do things inside of it.

Like securing a booth or spots at a communal table and pointing at the menu's Pisco, Agave and Whiskey cocktails concocted by Arguello's bar director. Order a round of Principal's Punch's with pisco italia, pineapple, falernum and genepy before welcoming a Mr. Kotter and his blanco tequila, hibiscus ice, dry curaçao and agave.

It's Wednesday night. You don't care. You proceed to order food because, again, Traci Des Jardins. Start with cebiche with leche de tigre, hominy and corn nuts. Then move on to some "impossible meatballs" that'll have you audibly swearing that they're actually meat.

It's okay if you just want to swear it to yourself instead.

Nightlife
Your Weekend Rooftop Plans Have Been Made
Frozen Pitchers, Skillet Burgers and Open Sky Above Twenty Five Lusk