To L'Appart, for a Four-Course Tasting Menu and Plenty of Fine Bordeaux Wine

The Date Night Potential Is Strong 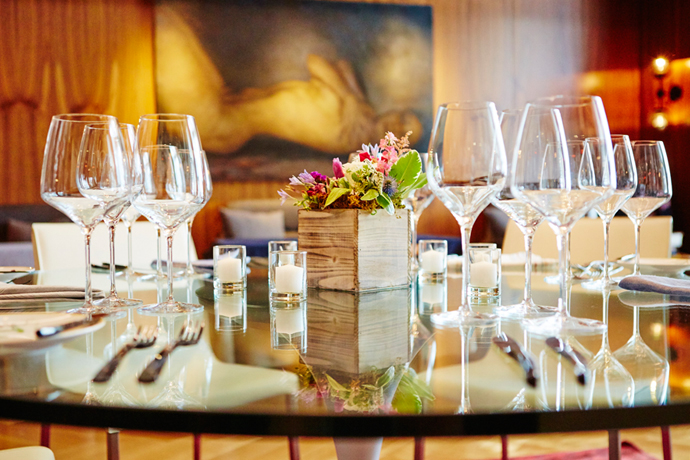 Guests can expect four courses including mussel-razor clam-palourde, grilled swordfish and veal-pineapple crème fraiche (jury's still out on that one), all paired with fine Bordeaux wines like a 2008 Château Chauvin Saint Émilion Grand Cru and a 1982 Château Prieure-Lichine Margaux.