Where to Dance and What to See at Miami Music Week 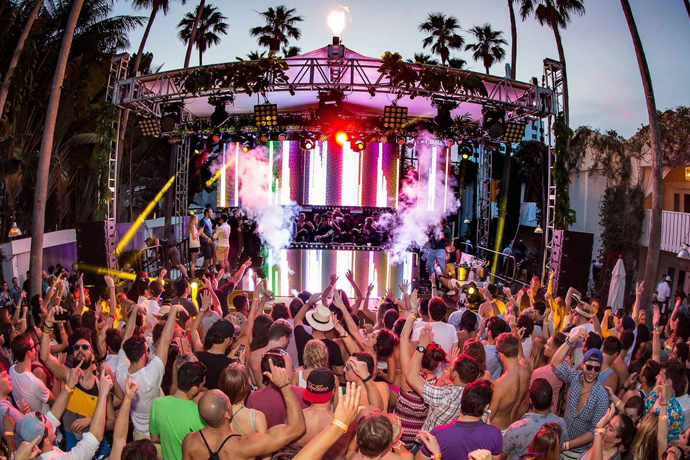 Whatever your interests may be, you'll find a little and a lot of them as Miami Music Week, already in progress, does its thing throughout the city this weekend.

And since you look like you could use a quick primer on which events you need to hit up, here comes one of those now.

The Wynwood Rave
It's called Dim Mak Miami, but you'll refer to it as the place Steve Aoki hurls cake at people in the creepy old RC Cola Plant overrun with graffiti in Wynwood. You'll get there after dark and you'll most likely leave just before the sun comes up. You'll definitely be covered in cake.
Mar 23, 9pm-5am, $35-$2,257, RC Cola Plant, 550 NW 24th St, 305-573-0371, tickets here

The Farewell Party
If by some chance you're still feeling it on Sunday night, head to Benny Benassi's closing party at Wall. Have a few vodka drinks and consider this your last dance until next year. We'll assume you won't be working on Monday. Or Tuesday, for that matter.
Mar 25, 11pm-5am, $40-$3,000, Wall, 2201 Collins Ave, Miami Beach, 305-938-3130, tickets here