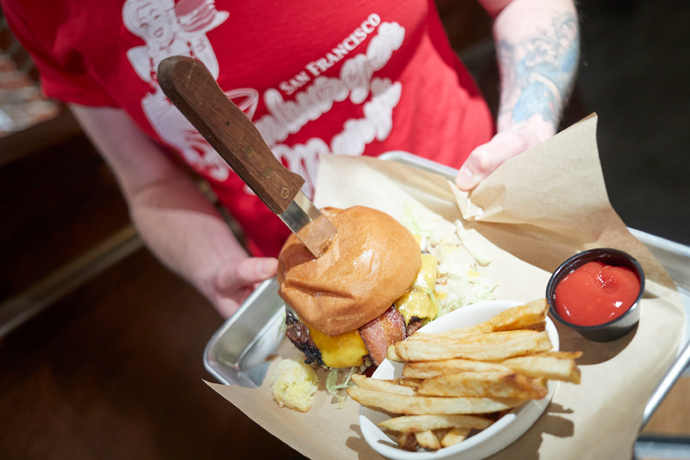 You love your burgers, but you feel like they've been missing something lately.

And with that, it's time to say hello (again) to Hamburger Mary's, the infamous drag-themed burger restaurant that used to exist, then didn't, but now suddenly does again. It's currently soft-open in the Castro, and here it is in pictures.

You and a group of friends who are down for an interesting night out will enter this huge establishment via the bar area, which is a spacial priority you can get behind. You'll grab high-top stools near the leopard print walls and briefly wonder if a picture of Tina Turner singing "Proud Mary" is a bit too on-the-nose.

Though the real reason you're here is for the nightly drag performances. Grab some bills for tipping and don't be the awkward one in the group, because they will single you out.