Flight Is a Powerful, Immersive New Theater Experience at the McKittrick Hotel 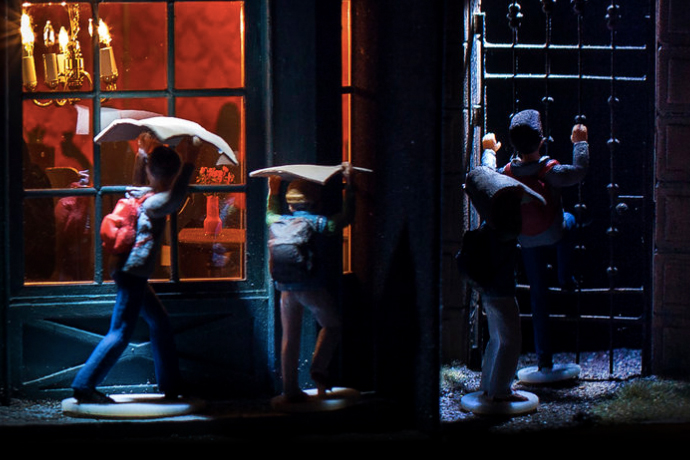 If you've experienced Sleep No More and The Illusionist's Table, it should come as no surprise that The McKittrick Hotel's latest performance, Flight, is an emotional and beautifully presented show. Equally unique and surprising as the productions we've experienced here before, Flight is a 45-minute story of human courage presented in an entirely new way.

It's an adaptation of the novel Hinterland by Caroline Brothers: a powerful story illustrating the terrible realities of the refugee crisis. Not a light date-night performance, no—powerful stuff that sparks necessary conversation. Following its critically acclaimed debut at The Edinburgh International Festival, Flight received the “Herald Angel Award” and will now set down at The McKittrick's The Heath for eight weeks.