This NoMad Hotel Bistro Wants You to Share Everything

Luckily, There Are Enough Foie Gras Sliders and Truffle-Ricotta Pizzas to Go Around 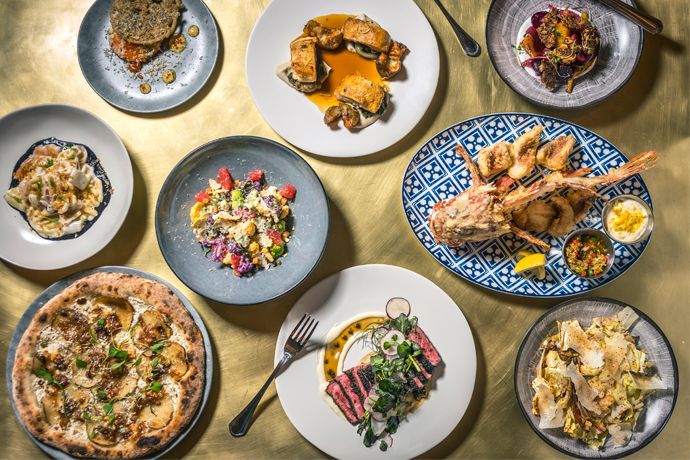 Quick, grab three to six of your closest friends and make for HENRY, a neighborhood bistro prime for group dinners, now open inside NoMad's Life hotel.

It's an intimate space, one that maintains the integrity of its historic bones while adding a modern touch through eclectic art and an intricate exposed light fixture. And yeah, it's a spot that's intent on sharing: with an Aquavit vet-chef who has crafted a menu of globally-inspired classic plates. Expect dishes like foie gras sliders with concord grape and pickled apple; burrata and kabocha squash; and truffle-ricotta or brussles-leek-duck confit-topped pizzas coming out of the spot's wood-burning oven.

But the drinks, though. The drinks here are not to be ignored. Note the Mumbai Slugger, with rye, spiced chai and lemon—and also the Dirty Times, with marrow-washed vodka, thyme and vermouth. It all sounds good.

And for more where that came from, in the coming weeks they're set to open Gibson & Luce—a subterranean cocktail spot named after the former LIFE Magazine editors. We'll keep you posted. In the mean time, check out some photos of the space and its consumables, below.