Omakase Upstairs, Izakaya Downstairs and a Whiskey Lounge to Come 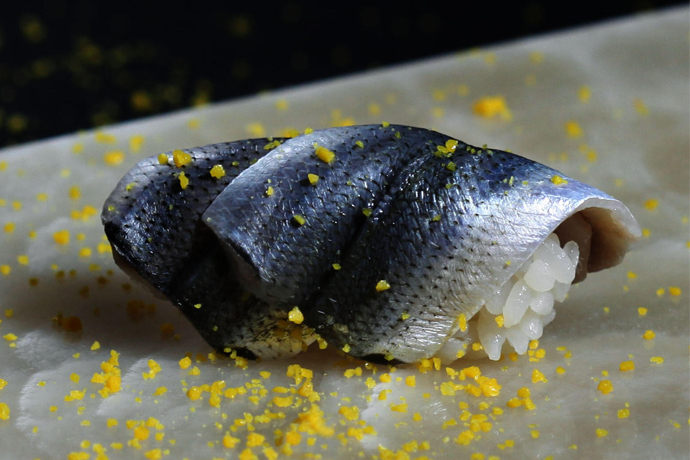 Chef Kazuo Yoshida, known for amassing a cult-like following while behind the sushi counter at Williamsburg's 1 or 8, can now be found in the kitchen of Juku: a multi-level Japanese restaurant that's now open in Five Points.

Upstairs, you'll find an intimate 12-seat omakase bar, where Yoshida will be serving lesser-known Japanese specialties like Ishidai (parrotfish) and Tsumi Buri (golden yellow tail), along with a rotating selection of uni. Downstairs, it's a more casual izakaya situation, with dishes like Karaage (chicken katsu) and Kuro Chawanmushi (a black custard with hokkaido scallop and sea urchin) on the menu.

Still to come is the subterranean whiskey bar, which we can expect before the year is out—a lounge for rare Japanese whiskies that doubles as a piece of functional artwork by Jonah Freeman and Justin Lowe. The artists used existing architectural details and reworked them into a 3D collage inspired by the 1982 sci-fi film Whyos Bend, which was not-so-incidentally shot on the surrounding streets of Five Points.