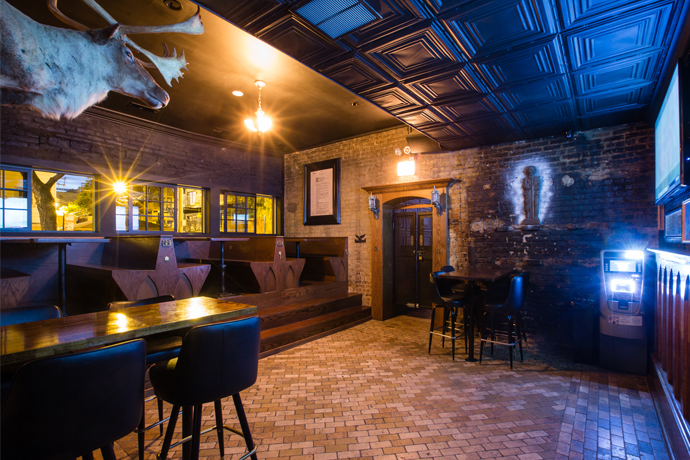 We speak, of course, of Damen Tavern and Goose Island Brewhouse, which are now open and "opening any day now," respectively.

They're all but unrecognizable and, yes, there is much more to discuss...

The one with the cocktails.
It's that one bar on the corner of Damen and Huron. You know, the one with the vintage Brunswick bar and neon beer signs. Well, they went ahead and added a second bar where the dance floor used to be and wooden booths guarded by deer heads in the former home of the pool table.

It's there where you can sip on a mezcal-and-amaro Oaxacan Sunburn with friends while watching the game on the projection screen. Oh, and they take cards now. Somehow that felt anticlimactic.

The one with the beer.
In 1988, Goose Island opened its first brewpub near the corner of Clybourn and Sheffield. They've come a long way since then, but something about that corner remains the same. Mainly, beer.

The original tile adorned in a hand-drawn goose remains preserved, but everything else, from the square bar overlooking the brewhouse to the barrel stave wall, is new. They also brought in a new chef to overhaul what you'll be pairing with your Bourbon County Stout or foudre-aged wild ale. How does beef shank flatbread covered in housemade giardiniera sound?

You don't have to answer that.