And Fried Oreos and a Pool Table. Just Saying. 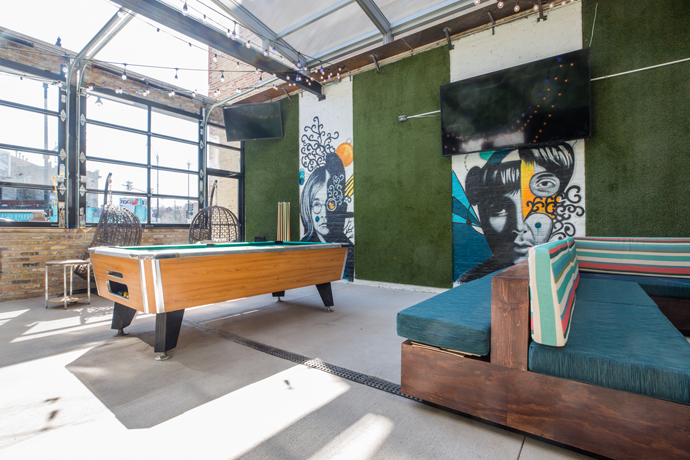 Barn & Company had a good run.

All those years serving ribs with a side of football in Lincoln Park.

But alas, it's out with the old and in with Old Grounds Social, a new sports bar from the good people behind Hubbard Inn. It opens on Thursday, but go ahead and take a look around now.

You'll notice that there's a lot going on, starting with the wooden bar with AstroTurf accents and a collage of 45s. Then, move over to the dining room, where you'll find dart boards and plenty of TVs guarded by a street art-style painting of Han Solo and Chewbacca. Again, it's a lot, but nothing you aren't more than willing to take in from the comfort of your booth.

There, things like fried chicken nachos slathered in guacamole happen. They're created by chef Jason Paskewitz, who you might recall from his other recent endeavor, Pearl Brasserie. He put down his fancy French food in favor of Chicago "hot dog" burgers and truffled grilled cheeses. You'll agree, it's a good look.

And check out those slushee machines. They're hard to miss, because there are six of them, each serving their own boozy, frozen concoction like piña coladas. But if you'd rather stick with a classic cocktail or draft beer, they have those, too. Maybe mull it over with a round of pool while keeping an eye on what's left of your March Madness bracket.

Unless you're some type of Loyola whisperer.