With Pints of Kölsch and Pilsner Along the Chicago River 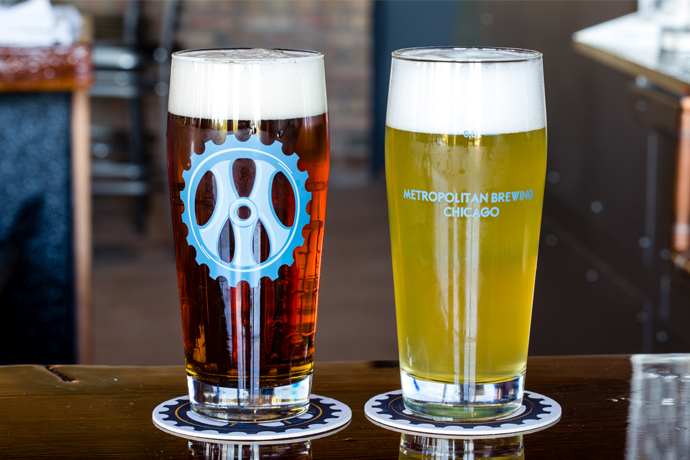 There's something special about drinking beer at the source.

Sipping a pint in proximity to the glistening tanks. Maybe giving a little nod to the brewer. Maybe.

You couldn't do that at Metropolitan. For years, the German-inspired brewery has been a champion of the Chicago beer scene, but you've been stuck marveling at the lemon notes of Krankshaft Kölsch from afar. No more, for the Metropolitan Brewery Taproom is now open in Avondale. Take a look.

After walking through an industrial labyrinth, you'll enter the light at the end of the tunnel sitting on a pristine strip of riverside real estate. Floor-to-ceiling windows surround the central bar and wooden tables, where you can watch geese land on the water while quaffing a frothy Jet Stream.

But mostly, it's a place to drink beer.