Woks Full of Pasta from a Michelin-Starred Chef

It's All Happening at Sola Pasta Bar 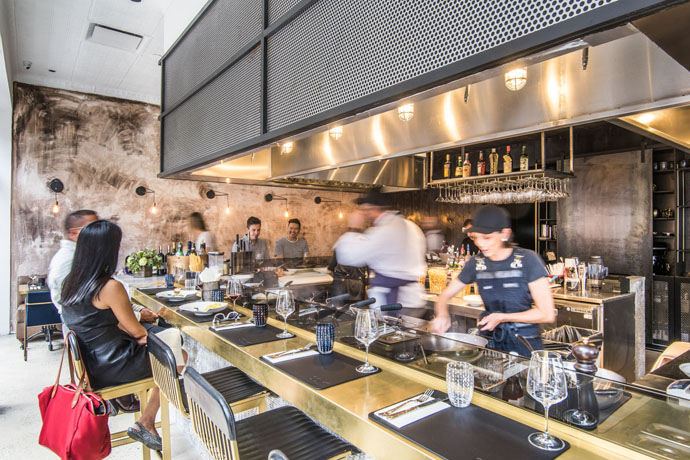 Now that pretending to care about your body season is over, let's talk about where you can fetch a warm bowl of fettuccine Bolognese...

The season is nigh to flock to to Sola Pasta Bar, an intimate pasta bar from Chef Massimo Sola, now open in Soho.

It's a small spot, with floor-to-ceiling windows, gold and blue velvet details, and an open kitchen at the center of it all. Your chef here earned a Michelin star during his time in Italy, so you're going to like what's flying out of it.

Specifically: penne alla arrabbiata, linguine with clams, other classic pastas you've seen around before, done better than you've seen them before. Maybe snag a couple seats at the golden kitchen counter and toast with a couple glasses of wine before indulging in any or all of the above. Take some mental notes to employ the next time you're making some pasta of your own. Leave a better person than you arrived.

You'll find some looks at the place and its consumables right here.