A Rollicking Havana-Style Club in the Heart of Coral Gables

Better Grab a Rum-Loving Date for This One 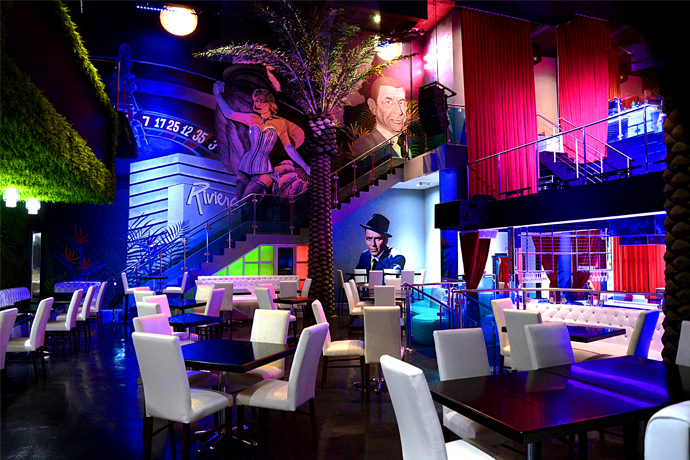 We're talking about being smack in the middle of Coral Gables at Riviera Live, the latest Havana-style club to land in Miami. It's now open Friday and Saturday nights, and it's a looker.

That authentic feel you and your date will feel comes from the club's inspiration: mid-century Hotel Habana Riviera in Havana. Back in its heyday, it was the spot. As in the spot for dinner and a show, followed by drinks and dancing. But now, it's your turn.

Start at the bar, which is flanked by palm trees. Grab a gratis mojito and sip its timeless goodness. If it's Saturday, you and your date will find a spot at one of the white tufted couches and catch the hour-long cabaret over California avocado lobster thermidor.

Afterward, let your hips do what hips do when live salsa plays, which it will until 3am here. But if the rhythm gets too much of you, head to the second floor, LED-lit bar for a bird's-eye view of the action, or to the outdoor patio for a round of Summer Whiskey Days with rye, watermelon and ginger beer.