A Brief History of Cocaine in Polite Society

All the Rage With Incan Royalty, German Doctors and Feeble Victorians

Cocaine isn’t like other drugs. Sure, it shatters lives and makes certain '70s rock more palatable, much like its peers. But coke’s place in the collective mind seems somehow distinct and, dare we say, endowed with more respect than its hardcore street cousins. Coke is notorious as a delicacy for upper class nostrils, an incessant phantom of nightlife and the infamous culprit behind our icons’ most heroically moronic efforts.

Whatever the reason, cocaine's tentacles just don’t bear the same blemishes as heroin or meth in our society. And we've seen its use spilling out into the great, wide nocturnal open more often these days. Join us now as we dive back into the history of cocaine in polite society, to maybe get just a glimmer of how we got here.

3000 BC: Archeological evidence suggests coca leaf, the raw ingredient containing what will someday be called cocaine, was ingested amongst the Inca to manage high elevation in the Andes and was possibly reserved for the use of Incan royalty. Its pre-Columbian history also suggests a place in religious and mystical ceremonies over the millennia that follow. 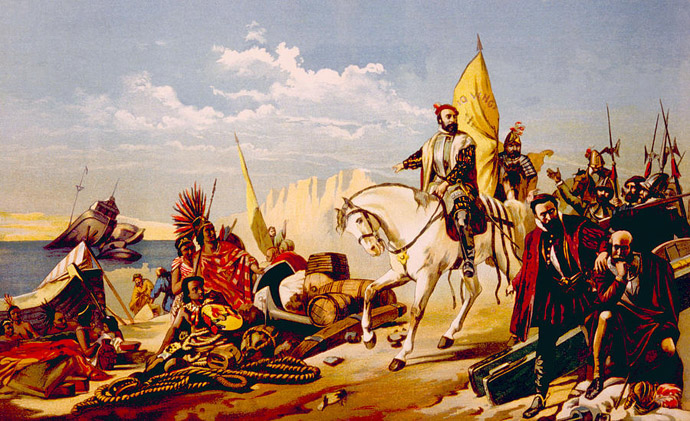 1500s AD: Spanish invaders observe native people in Bolivia, Peru and Colombia chewing coca leaves. After noting how much faster and longer the plant makes laborers toil, they basically begin subjugating everyone, forcing their new indentured workforce to chew the leaves in excess and to also accept them as compensation.

1600s-1700s: Coca leaves were only sporadically exported to Europe, as the long journey typically rendered them less effective. Tomatoes, on the other hand, really took off.

1859: In a titanic breakthrough, a German grad student named Albert Niemann isolates and extracts the active alkaloid from coca leaves. Then, in an evergreen stroke of branding genius, he dubs the product “Bogota Booger-Sugar.” Wait, no, he calls it “cocaine.” In a dissertation, Niemann reports “a peculiar numbness, followed by a sense of cold when applied to the tongue.” Presumably because the phrase “I can’t feel my face” was yet to be translated into German.

1863: A Corsican scientist named Angelo Mariana develops a “medicinal” tonic called Vin Tonique Mariani, an amalgam of cocaine and Bordeaux wine, then later, Elixir Mariani, containing three times as much blow as its predecessor. His invention earns public praise by such distinguished notables as the King of Spain, Pope Leo XIII (known to carry a flask of the stuff), Auguste Rodin, Thomas Edison, William McKinley and in time, Andy Dick.

1884: Spurred by friend and countryman Sigmund Freud, Austrian ophthalmologist Karl Koller experiments with cocaine’s ability to treat morphine addiction. The research leads to a new era in anesthesia after he pinpoints coke’s tissue-numbing properties and utilizes it as a local anesthetic for eye surgery, theretofore nearly impossible to perform given the eye’s sensitive reflexes. Cocaine soon becomes a popular anesthetic used in dentistry, as well. 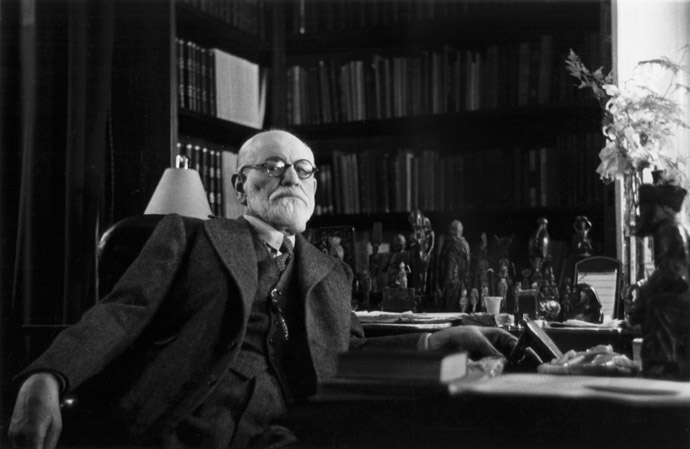 1884: Freud is simultaneously launching his own experiments with cocaine. Meaning he hoovers a lot of the stuff up  personally. For about twelve years. He also prescribes it to others, infamously overdosing and nearly killing “Irma,” the subject of his masterpiece The Interpretation of Dreams. Coke friends really are the worst.

1885: Freud publishes a medical endorsement of this “magical substance” in an article called “Uber Coca.” Which would be a great name for a Raekwon album.

1885:  Under rising pressure from the temperance movement, including a tee-totaling local chapter of the Ku Klux Klan, a morphine-addicted Civil War vet named John Pemberton of Atlanta replaces the alcohol in Pemberton's French Wine Coca, his own Vin Mariani-inspired concoction, with soda, then names it Coca Cola. He later increases the amount of cocaine in the drink to foil competing sodas, who are clearly stepping all over their shit.

1886: Cocaine use explodes in Europe, particularly among medical professionals, chemists, psychologists, infirm Victorian doyennes and guys at bars named Barry who are just trying to get laid. In little time, it is commonly prescribed for everything from toothaches to pregnancy-related nausea to, get this, hysteria.

1886: According to his wife, Robert Louis Stevenson spends six days coked to the gills writing the entirety of Dr. Jekyll and Mr. Hyde.

1890: Sir Arthur Conan Doyle depicts Sherlock Holmes injecting cocaine at a rather high 7% solution, three times a day, in the second Holmes novel, The Sign of Four. It is not the first time Holmes’s embrace of the drug is discussed. 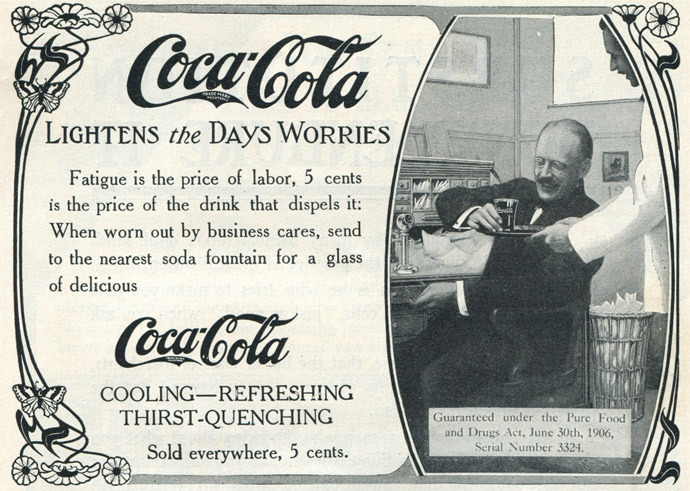 1899: Coke, the drink, becomes available in bottles. And thus becomes more readily available to all, including African-Americans suffering under segregation who could not visit soda fountains.

1900: Sears & Roebuck sells a “Peruvian Wine of Coca” over the counter. Later, Harrod’s in London sells care packages for soldiers on the front containing coke, morphine, syringes and needles.

1903: John Pemberton totally has to stop adding cocaine to his soda. Because there’s cocaine in his fucking soda.

1904-1914: Basically a flood of racist headlines stirs up fears over people using cocaine. Suddenly, it's not so okay anymore. Hmmm, wonder what changed, America?

December 17, 1914: The Harrison Narcotics Tax Act is written into law, regulating the sale of opium and coca. It is the effective final nail in the coffin of cocaine products being distributed or used legally in the U.S.

1915: Nobody ever does cocaine again.

1926: Future yayo-enthusiast Miles Dewey Davis III is born in the midst of the Jazz Age, which finds cocaine making a small resurgence in popularity amongst flappers, musicians and other hard-partiers of the era.

1956: Amid more sporadic coke use, notably amongst beats, bohemians and less literate forms of low-lifes, writer William S. Burroughs declares cocaine “the most exhilarating drug I have ever used,” while also noting the intense desperation for more that the drug can induce. 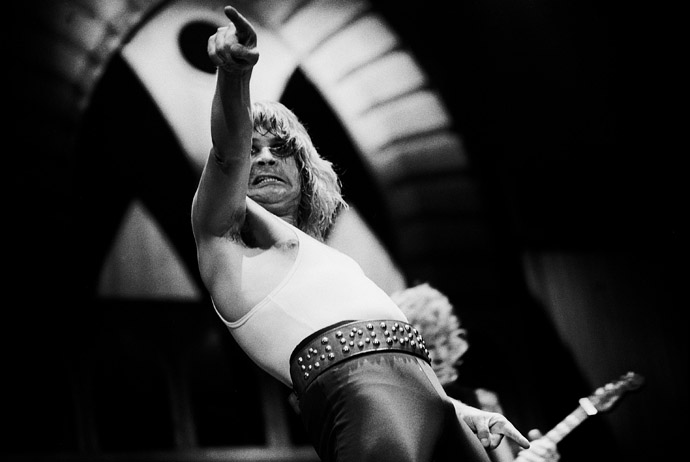 1968: Johnny Cash performs the traditional American tune “Cocaine Blues” live at Folsom Prison. Never gets the chance to interpret “I’m In Love with The Coco.”

The 1970s: Cocaine is back, baby, following a steep decline in usage in the years following the Harrison Tax Act.

1977: Studio 54 is transformed into a game-changing nightclub. Some first-hand reports indicate cocaine may have been used there.

1979: Steven King embarks on an eight-year cocaine addiction, writes a shitload of books. In the same year, Fleetwood Mac release their blow-fueled album Tusk, basically the musical equivalent of every 75-minute conversation you’ve had in a bathroom with somebody you’re doing coke with.

The 1980s: The eighties happen. All-time cocaine use peaks in the U.S. in 1982, the same year John Belushi dies after overdosing on speedballs, a potent mixture of coke with heroin. And the same year crack cocaine starts cutting its more than decade-long path of destruction through the country.

1994: An artist named Daniel Knorr creates a piece using 500 grams of seized cocaine, which necessitates the presence of two uniformed guards and one undercover cop as it’s shown. Artworks using real cocaine become a bit of a thing. 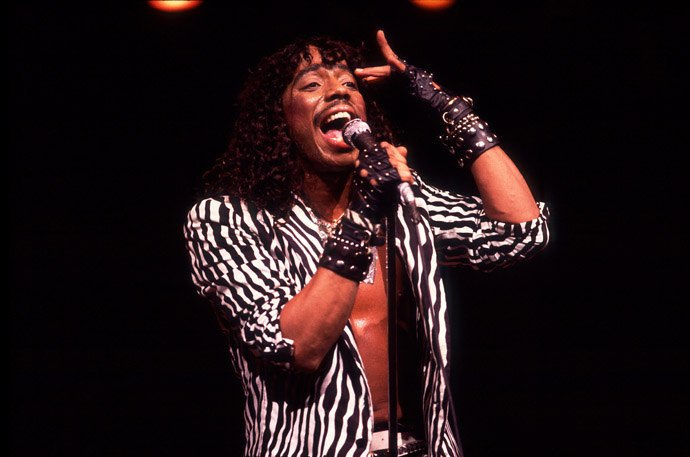 2013: Leonardo DiCaprio blows cocaine into (or perhaps it’s out of) a high-priced call girl’s booty in The Wolf of Wall Street. The world collectively shrugs, having learned so little from the last 30 years of excess.

Is Barcelona the World's Best City for Cocktails?

This Auction Features the World's Best Wines and VIP Experiences

Food & Drink
Our Pantry Teamed Up with Top Chefs for This New Line of Sauces
Improve Your Food with Sweet Ginger BBQ Sauce, Cherry Tomato Arrabbiata and More

Food & Drink
Beer and Brats Are Good. But Beer IN Brats Is Even Better.
This Schaller & Weber's Sausage Is Infused with Local Lager

Food & Drink
Here's What Everyone Is Drinking at the U.S. Open
It's Called the Honey Deuce, and This Is How to Make It

Food & Drink
Your Key to Making Better Pasta at Home
'Simple Pasta' by Odette Williams Has Everything You Need, Including This Killer Cacio e Pepe Recipe