A Behemoth Karaoke Den With 18 Themed Rooms and a Digital Catalogue of 35,000 Songs

And Plenty of Bars, Which Should Probably Go Without Saying 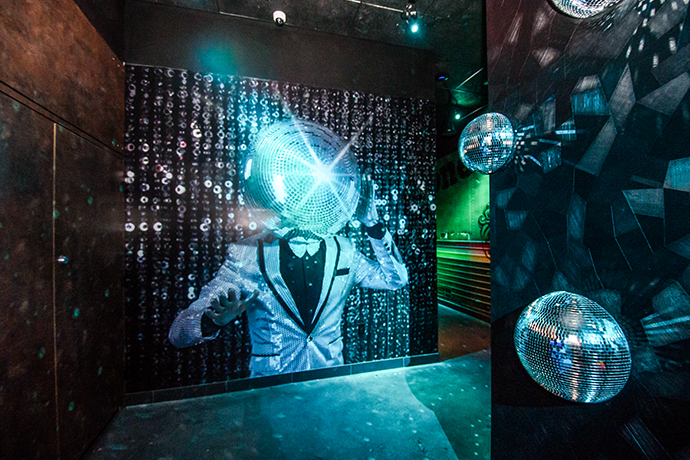 16 Photos PlugIn
So you know all the words to “Total Eclipse of the Heart.”

From where we sit, the only reasonable option is to head straight for PlugIn, a behemoth (just... behemoth) new karaoke spot that’s now open at Gulfstream Park, to bless the masses with your musical stylings. Check it out.

After enlisting a golden-piped entourage, you’ll enter the 11,000-plus square foot music box, notice the lobby’s 360-degree video projection walls and head left toward the place where they keep the rum and stuff. It’s a custom-built piano-turned-bar where you’ll order something strong before heading off to one of the 18 themed karaoke rooms.

Maybe you’ll wind up in the one that looks like a recording studio. Or, if you’re somehow with a crew of 150, maybe you’ll land in the suite with two private bars. Whichever stage you choose, hit the digital catalog’s 35,000 songs (in multiple languages, of course) select one, cue the concert lighting and start singing things.

Fish tacos with a side of fresh guac can fill the space between sets. As can mojitos. Followed by probably some more mojitos.

Followed by probably some more mojitos.


FRIDAY BONUS: This is the best actor of our generation.