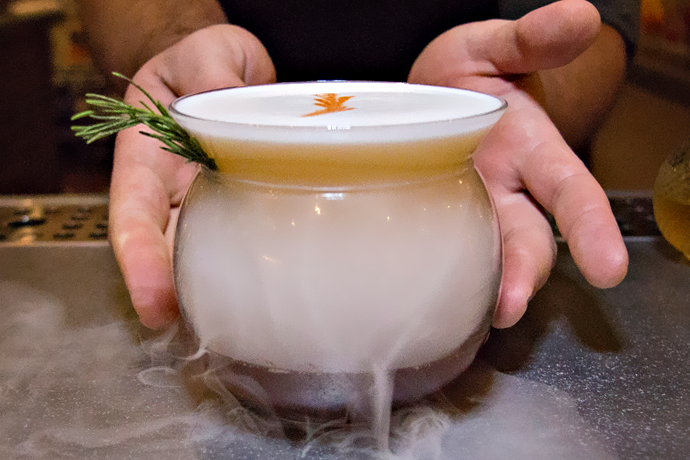 16 Photos Chica
The one issue with your pork taco spot: it doesn’t serve Brazilian beef.

The one issue with your Brazilian beef spot: it doesn’t serve pork tacos.

What a horrifyingly specific, food-related conundrum.

The first thing you’ll see is the two-sided bar where Fresno chili margaritas and pisco sours blanketed with cinnamon scented fog come from. Get one, then slip past the mural of a reclining woman clutching a dandelion and into the dining room.

Where you’ll sit amongst hungry friends in Vegas’s version of a Cuban paladar, attempting to catch up over loud music somewhere between the station where tortillas are made and the damned-near pyromaniacal open kitchen.

You’ll eventually employ your mouths in more productive ways. Like sampling spins on some of Latin America’s favorite foods.

From Brazil: that succulent beef we mentioned.

From Italy: Italy is not in Latin America.

Still, there is porchetta.

Because there should always be porchetta.