It’s an Immersive Experience That Ends With You Drinking Scotch 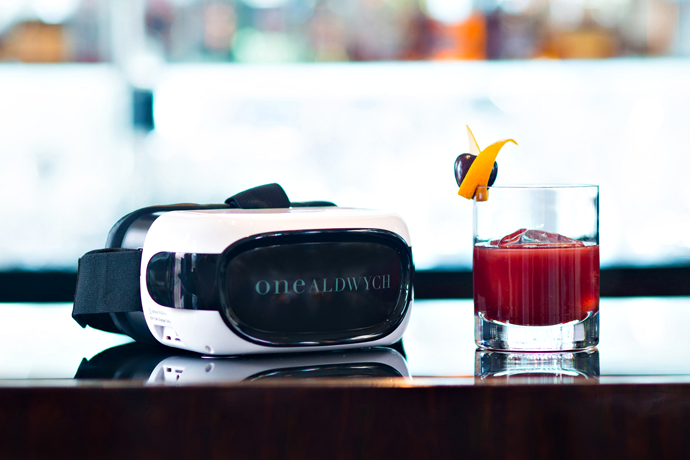 It’s hard to walk down the street these days without seeing someone’s head buried in a virtual reality headset. But while some choose to enjoy an alternate existence by way of headset, others prefer the comfort of a good drink. And now, a certain bar in London is combining the two.

That would be the One Aldwych hotel’s Lobby Bar. They’re doling out VR headsets to all who order the Origin, an elaborate cocktail combining Dalmore 12-year-old scotch with cherry liqueur, cherry puree, grapefruit juice, chocolate bitters and champagne. That’s it above.

But before you get to sample the goods, you’ll don the headset and embark on a “multisensory journey” that features 3D aerial footage describing the origin of the drink—beginning in the Scottish Highlands, sweeping through Covent Garden and ending up back at the bar. The cocktail is then presented before you at the precise moment the two-minute video ends. It’s quite a production.

It’s also part of the bar’s new “Showtime Cocktails” menu, which is inspired by different theater productions. But only the Origin lets you officially enter an alternate reality for two minutes, which is something we could all benefit from on occasion, so that’s where you’ll want to start. Here’s a 2D preview. Use your imagination for that third dimension.