The Fernet Capital of the World Isn’t Italy 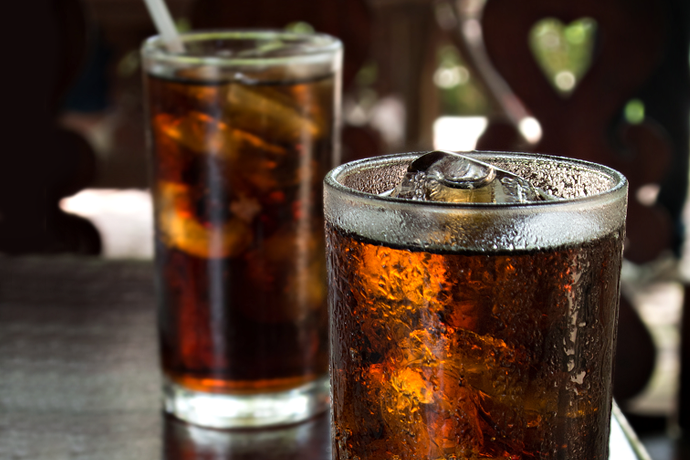 It’s sometime after 2am on a Wednesday, in a narrow courtyard of a no-name bar in Córdoba, Argentina.

The limb of a single tree casts a shadow over our table. Toward the back, a gent with wavy black hair plays a Latin-sounding tune on a timeworn acoustic guitar, while a young couple gets up to dance behind us. They each wave white cloth napkins above their heads for what appears to be a very traditional mating ritual—although, naturally, she’s wearing yoga pants, and he probably just wants to get laid.

Tonight, as on many other nights I’ve spent in Córdoba, a few friends and I are drinking from a jug of fernet con coca (or fernet and Coke), surrounded by young people culled from the numerous universities spread throughout the city. The scene makes for an indirect sort of nostalgia: I had sworn off any and all cola-related drinks after my own freshman year in Madison, having consumed one too many cheap rum and Cokes in my dorm room. And here I was, back on the train for the first time since, except now with fernet, amongst the hip youth in the old second city of Argentina.

Of course, fernet con coca is par for the course here, and not just with students: Argentina is responsible for more than 75% of global fernet consumption, and Córdoba, in particular, is considered the Italian liqueur’s world capital. (It should be noted, though, that America’s own San Francisco actually has the highest consumption per capita.)

It can seem strange. Why, after all, would Argentina be the number one consumer of a traditional Italian herbal digestif? The answer has a bit to do with the wave of Italian immigrants who flocked to the country around the turn of the 20th century, but more to do with the marketing foresight of Fernet-Branca, the leading brand of fernet by a long shot. Around 1990, they began promoting Coke as a mixer to young Argentines, as a way of altering the perception of fernet from a grandfatherly after-dinner digestive aid to a more social libation. The plan worked, and today, fernet con coca is a ubiquitous Argentine cocktail, at times even displacing wine as the alcoholic centerpiece of choice on the tables at the country’s coolest bars and restaurants.

The taste, if you haven’t tried it, isn’t too much of a departure from the average whiskey and Coke. Yet where the natural sweetness of whiskey compounds the artificial sweetness of Coke, the herbal bitterness of fernet results in a much more balanced, understated flavor. This may not be the experience of first-timers who are unaccustomed to bitter liqueurs. But if you, like me, enjoy Campari-based drinks, à la the Negroni, you’ll appreciate the bite.

Similar to pastis and water, the proper ratio of fernet to Coke is roughly one to four, plus ice. If you order a jug of the stuff at a restaurant, it will probably be a little weaker. If you have a local make it for you at a dinner party, a few drinks in, it will probably be stronger. And if you’re making one yourself, make sure to start with the fernet and ice, then pour the Coke, and then add a few more drops of fernet on top to finish it off. Maybe stir the mixture a few times for good measure, and you’re ready to hydrate like a fun-loving Argentine.

With patio season fast approaching, you might try making a batch at your next barbecue. It’s a refreshing companion to beer, way easier to make than punch and, due to its medicinal, digestive properties, a reasonably healthy after-burger cocktail.

As for me, I’ll continue staying up way too late on weeknights here in Córdoba, drinking the more mature version of those long-retired rum and Cokes in the city’s subterranean dives and crowded sidewalk patios. It should be great.

At least until I have to get up for work the next morning.